A few 49ers stars were sitting courtside with Warriors governor Joe Lacob and president of basketball operations/general manager Bob Myers for Monday’s 132-95 rout of the San Antonio Spurs. At one point, a throng from the Warriors’ Hardwood Classics dance team made its way over to Jimmy Garoppolo, George Kittle, Kyle Juszczyk and Christian McCaffrey to say hello.

During his appearance with 95.7 The Game’s “Damon & Ratto” Wednesday, Kittle shared some details behind the interaction that went viral on social media.

Jimmy G getting all the love from the ladies 🤣

“Besides the very first woman who came up to say, ‘Hi,’ to Jimmy, they all said, ‘Hi’ to all of us,” Kittle told Ray Ratto and Whitey Gleason (filling in for Damon Bruce). “Besides Christian. They all left Christian out to dry, I don’t know why. The best part about that, too, that wasn’t the Golden State dancers. I’m not gonna say elderly, but that was the older dancers that came up to say, ‘Hi,’ to us, which made it 10 times better. They were all just the biggest fans. I will say, they were all very, very infatuated with Jimmy G.”

The 49ers often joke about Jimmy G being handsome and we got more proof Monday night. But that wasn’t the end of the interaction, as long-time NBA referee Eric Lewis also pretended like he was gonna pass the ball to Kittle, but faked him out.

“He teased me a little bit with the ball,” Kittle said. “It is what it is. It happens. I’m glad I didn’t fall for it too bad. It coulda looked a lot worse, so I’m happy with my performance there.”

Kittle said Lewis was talking with the Niner gang throughout the contest as it turned into a blowout.

“That ref was pretty funny,” Kittle said. “He was chirping us a lot of the game. We had to remind him to stay locked in because he was reffing an actual NBA game. Him and Juice (Juszczyk) had some nice banter.” 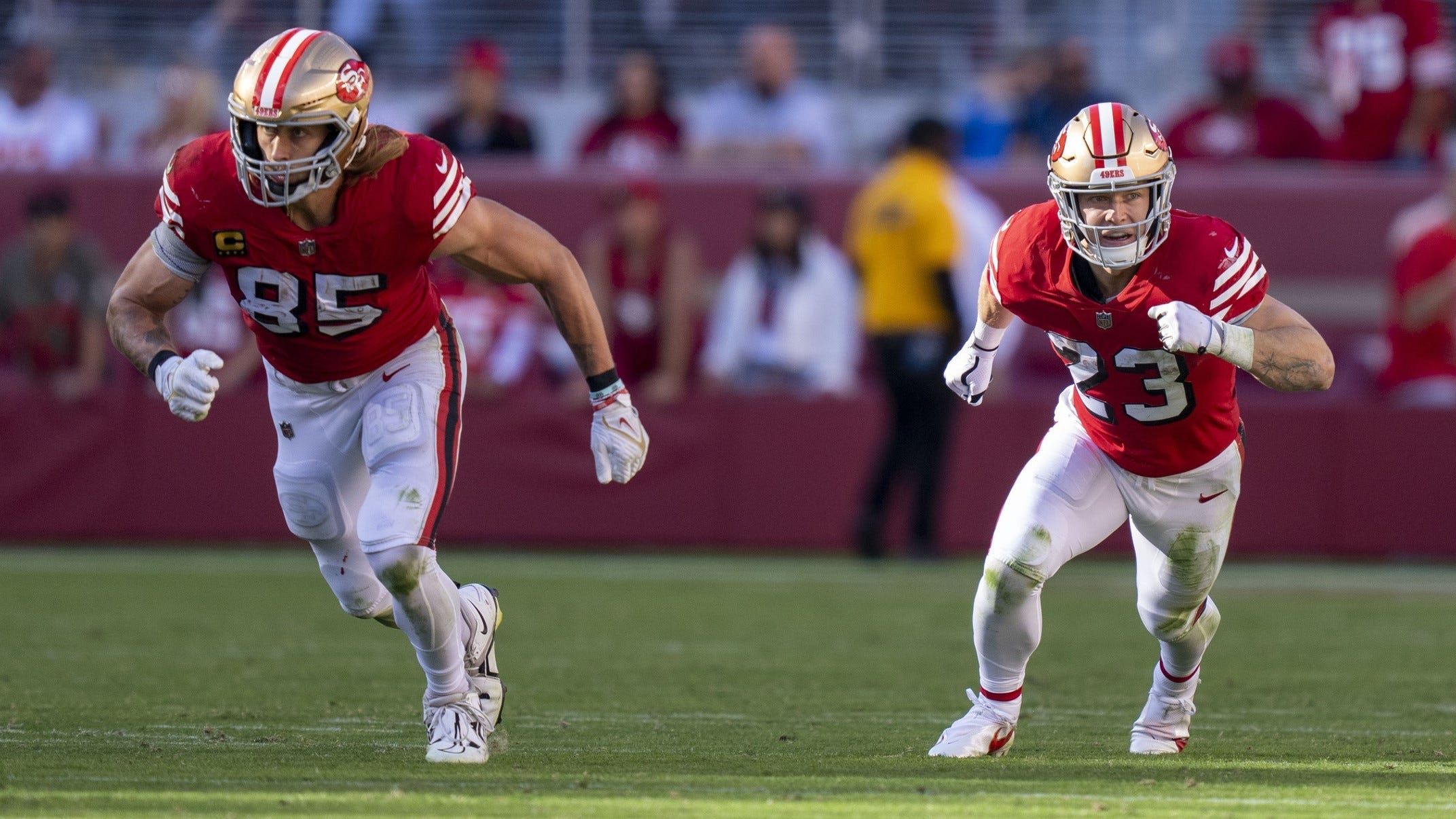