Despite missing the entire 2021-22 season, Zion Williamson seems to be making strides this offseason while also looking a lot trimmer.

A photo, that has gone viral on Twitter, shows the All-Star forward in terrific shape following a hoop session he had with a group of local New Orleans kids.

That wasn't the only photo showing off the former No. 1 pick's new physique. In an ad released for the announcement of his second signature shoe with the Jordan Brand, Williamson's body seemed akin to Saints DE Cam Jordan rather than a guy who's ready to step on a basketball court.

Locked in 👀 @jumpman23
Proud to announce my 2nd signature shoe is here. This spring, I trained on campus and now it’s time to show y’all what I been up to. The #Zion2 available tomorrow. pic.twitter.com/NpIe63ltFM

Many fans on the NBA Twitter community were in awe of Williamson's body transformation after a season that saw him get ripped on by the media and fans after he appeared to have put on some weight while recovering from his surgically repaired right foot.

he could go be a TE for the Saints.

Zion lookin like GI Joe. This is nuts. 😂 https://t.co/NHrZrurLXh

Zion Williamson survived the allegations. He looks like a demi-god again pic.twitter.com/FCoRYGy8fC

Zion Williamson is going to make y’all regret every single one of those fat jokes https://t.co/rQwGD810MY

On top of the fat jokes being thrown his way, there were constant whispers surrounding Williamson’s future in New Orleans and whether he's committed long-term.

Williamson however put those rumors to rest after he said he wants to remain in NOLA and is ready to sign an extension with the team, worth $181 million on a five-year deal.

“I do want to be here. That’s no secret,” Williamson said, via ESPN. “I feel like I’ve stood on that when I spoke. It was a long year for me for rehab and mental battles. I’m fine now.”

Williamson's new look will leave the fat shamers little ammo as he looks to wreck the league in his return to the court. 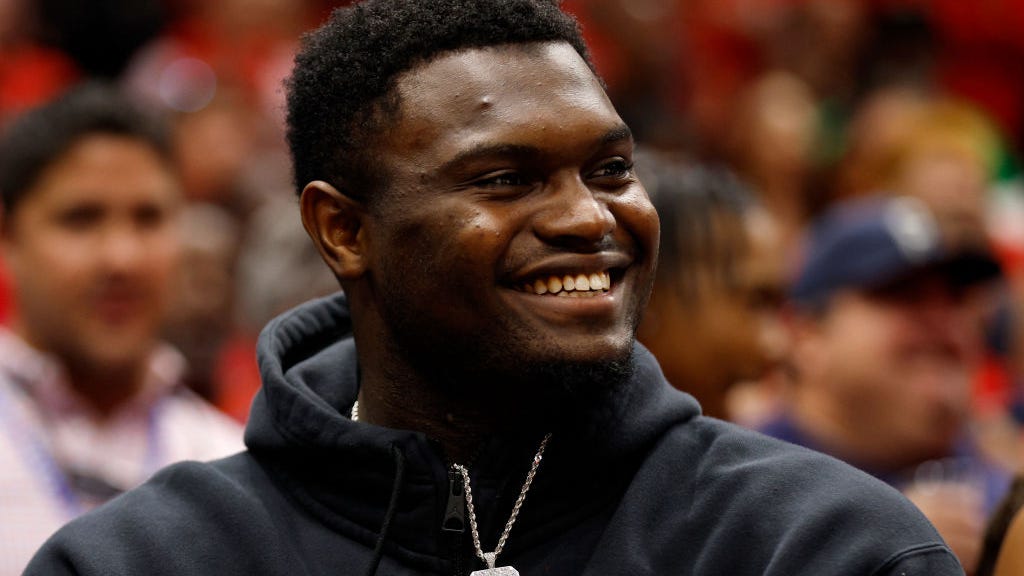