The way the Dallas Mavericks act on the bench makes for an exciting viewing experience.

Well, exciting for everyone except the decision-makers at the NBA.

Headlined by Theo Pinson and Tim Hardaway Jr., the Mavs have an electric bence presence. But that behavior apparently is at the frustration of the league, which on Monday fined the Mavs for a third bench decorum violation. That was for conduct during Game 2 of their series against the Golden State Warriors, and it seems likely a fourth fine could be coming in response to Game 3.

On the surface, there’s nothing visibly wrong with what they’re doing. But during an appearance Monday on the “Pat McAfee Show”, The Athletic/Stadium NBA insider Shams Charania explained why the NBA is so worked up over it.

“I think what the worry is is that the players are so close to the court that there could be an injury," Charania said. "There’s always that fear that if these guys are so close to the court, could there be a guy that gets tripped or a guy that gets hurt running into a guy that’s on the bench that close to the game? So I think that’s really the chief concern is safety, but at the end of the day I think Dallas just wants to cheer (its) guys on, (they) just care about camaraderie, and I think that’s the focus.

“Dallas has been doing it all year. That bench has been doing it all year," Charania later added. "There were some conversations behind the scenes late in the season, and again, when the playoffs start everything gets heightened. So I think the fact that this is all happening in the playoffs, all eyes are on the Mavericks and all eyes are on the bench. Honestly, you saw the ref tell Theo Pinson to put on a new shirt, I think he was joking. … I think it’s honestly fun, I think it’s fun for the game, but, again, the league has more safety concerns for all of this, especially come playoff time.”

In a way, what helps the NBA’s case is the fact that Steph Curry tripped over a courtside vendor during Game 3, which the Warriors won to go up 3-0 in the series. While nothing like that has happened because of the Mavs’ proximity to the court, it’s clear the NBA would rather be proactive than reactive.

However, owner Mark Cuban seems to have little issue paying the fine, so at this juncture we probably shouldn’t expect much change when the Mavs attempt to save their season in Game 4 on Tuesday. 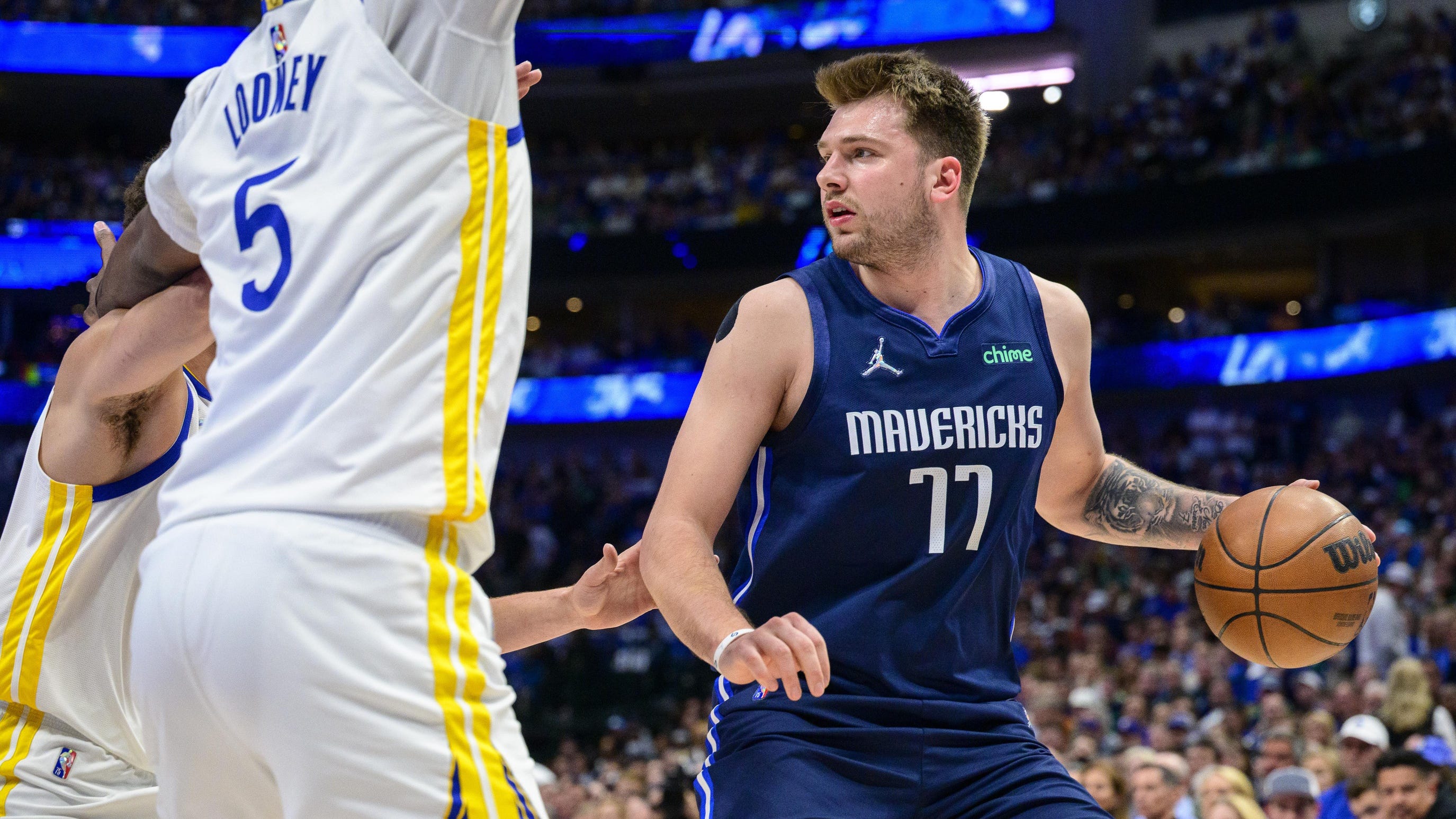