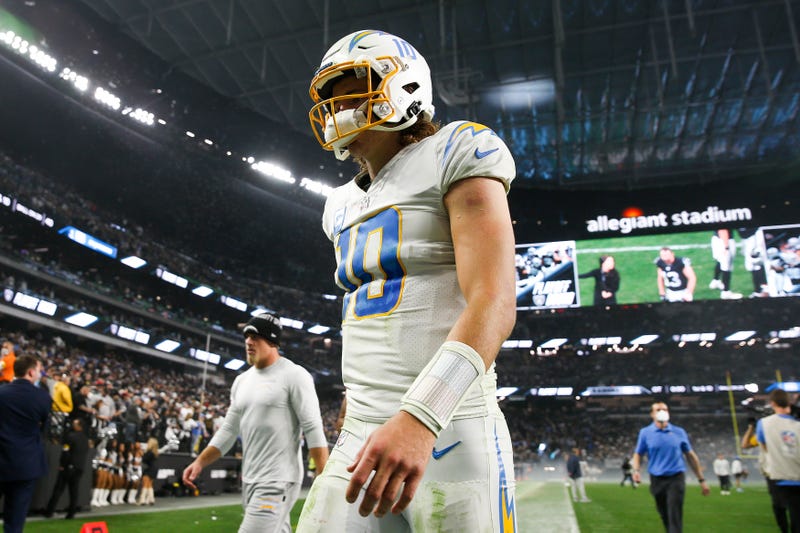 I was watching the Sunday Night Football slugfest between the Raiders and Chargers when a certain FAN personality, who has been a fan of the team for years, texted a group chat as the two teams tied. “This is unfair,” they texted. “It never happened this way when I was a fan.” That person was likely pissed off at the head scratching, late game decisions made by the Chargers’ head coach. Brandon Staley called a timeout in overtime with 38 seconds left in the game.

The timeout stopped the clock as the game seemed to be going for a tie. A tie between both teams would have secured a playoff spot for both. A tie would have meant Justin Herbert in the playoffs. But the organization let him down.

Herbert was playing out of his mind, throwing an insane fourth and 23 conversion, down 15 points to score the first touchdown of their comeback. Then, with five seconds remaining, Herbert found Mike Williams to send the game to overtime.

After the Raiders kicked a field goal on the initial drive of overtime, Herbert again found Mike Williams on fourth down to extend the Chargers' drive and put them in field goal range. But all of the effort and talent seemed to be in vain, as late game miscues from the head and organization sabotaged what would have been Herbert’s first career playoff appearance. What was the deal with that time out?

This team is obviously very young and still has a long road ahead of them in terms of NFL playoff success, but Justin Herbert needs help. The defense needs more depth and the offensive line could use re-tooling. If the Spanos family can’t see that, then QB 10 could be in for a long road in Los Angeles.