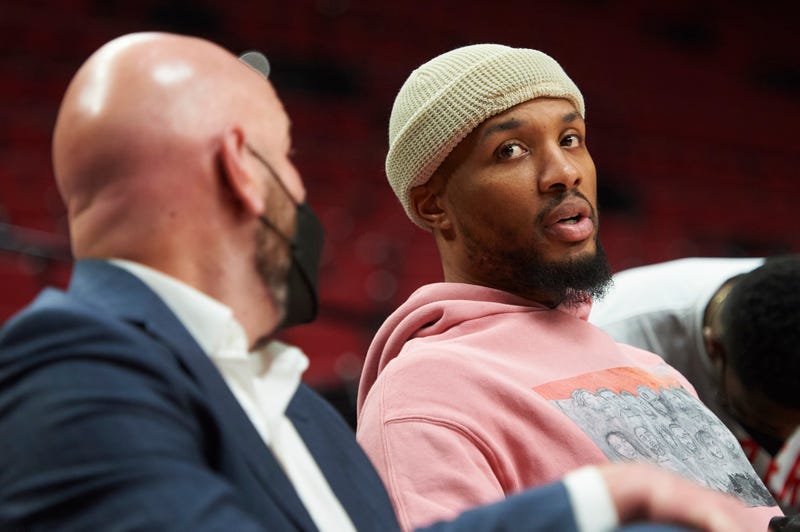 Damian Lillard will experience the first major surgery of his nearly ten year NBA career. The all-star will undergo surgery Thursday to address his abdomen injury and will be reevaluated in six to eight weeks. It’s an incredible feat considering the amount of minutes Dame has spent on-court, being the focal point of many Trail Blazer teams. Chris Haynes of Yahoo! Sports reports, Lillard's return to play this season will depend on his health and where the team sits in the standings. But I think I can speak for all Rip City fans when I say; “Let this be the end of Damian Lillard’s 2021-22 season.”

As a fan, it’s not what you want to see. The star player being sidelined before the All-Star break. But it’s necessary in order for Portland to give themselves the best future chances of winning.

What’s crazy about this situation is where Portland currently sits in the standings. They have a one game lead over the Kings for the 10th, and final play-in spot for the playoffs. Of course the season is incredibly young but that’s still an impressive marker for a team that’s been marred by COVID and injury most of the season.

But even if the Trail Blazers stumble into the play-in playoff game with a young cast of players like Anfernee Simmons and Nassir Little, Lillard should not consider returning. His primary goal in Portland has become winning a title. This roster as constructed, even healthy, does not have great odds of doing so.

Blazer fans, it's okay. Let go. Let go off wins for the next 4 months.

They'll be there next season, but for now. Just... let go. Enjoy watching the young guys, have some fun moments and do not hope for wins.

Join me on the dark side.

Trail Blazer fans should enjoy this somewhat dead period of franchise history. The all-star is out. Many quality players are benched due to injury. Sit back and marvel at what surprises are in store!