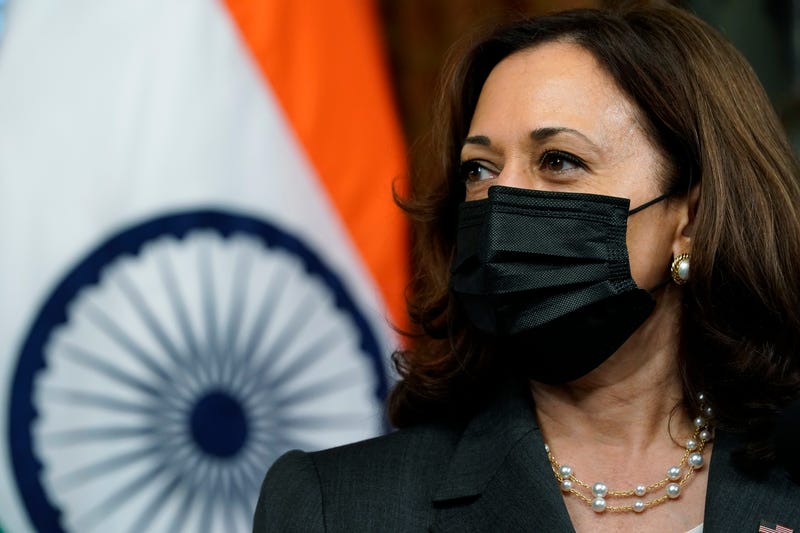 “Sunny and Ana are strong women and I know they are fine,” said Harris when she made her delayed appearance. “But it also really does speak to the fact that they are vaccinated and vaccines make all the difference because otherwise we'd be concerned about hospitalization and worse.”

The moment underscored the ever-present dangers of COVID-19 and provided a sobering reminder of the virus' reach.

It also threatened to overshadow the Biden administration's efforts to show progress in battling the virus. Just a few hours earlier, President Joe Biden urged those now eligible for COVID-19 booster shots to get the added protection a day after the Centers for Disease Control and Prevention endorsed the doses for millions of older or otherwise vulnerable Americans.

“Ana and Sunny, at the last minute we realized they have tested positive for COVID so they have been taken off of the show," said a stunned Behar, who made the announcement after the show hurriedly went to a commercial when the two hosts were pulled off seat. Behar said Harris was removed to a separate location because “they don’t want to take a chance.”

“It’s very important we keep her healthy and safe,” Behar said. “The Secret Service is doing things to make her feel safe.”

Both the show and aides from the vice president's office wanted to go ahead with the interview and contact tracing was quickly done to make sure Harris would not be exposed to anyone who might have had contact with Navarro and Hostin, officials said. The Secret Service then signed off on using a separate location in the studio.

The vice president carried on with her day after the TV appearance, meeting with Japanese Prime Minister Yoshihide Suga and Australian Prime Minister Scott Morrison in Washington.

Before Harris was connected for “The View” interview, Behar and Haines vamped to fill the time and took questions from the audience.

“Sara and I are doing a little tap dancing,” Behar said.

At one point, an audience member asked what moments stood out in her many years on “The View.”