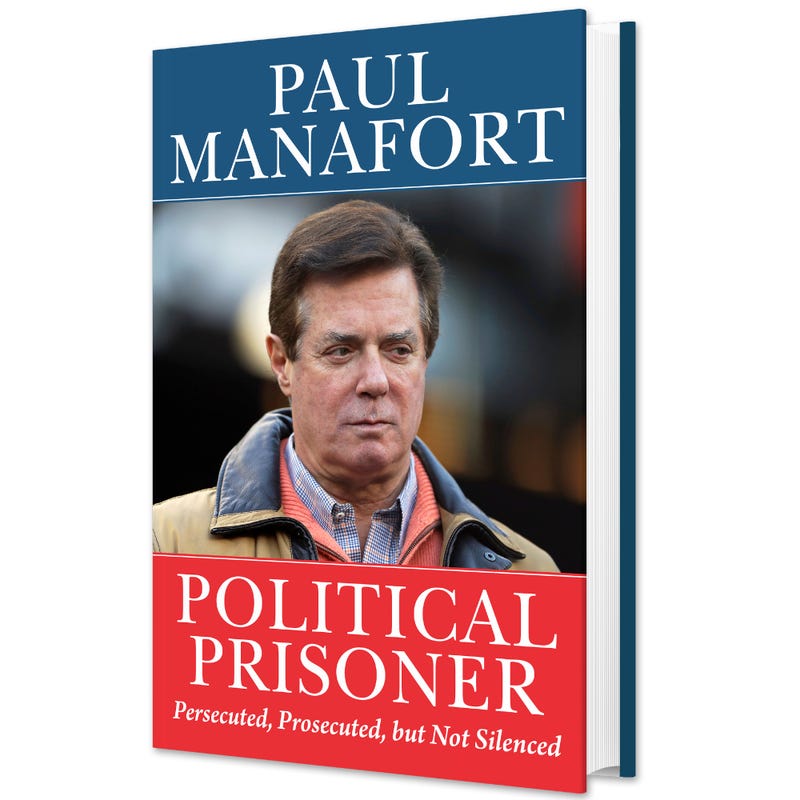 Full Hour | Today, Dom led off the Dom Giordano Program by discussing the spread of crime in and around Philadelphia after a rash of crime in Abington, an affluent suburb of Philadelphia. Giordano reveals the crimes that have shuttered Montgomery County, and tells of the assailants, who all share one common trait in being from Philadelphia. Giordano tells about the lack of accountability that has blossomed due to Philadelphia District Attorney Larry Krasner’s policies, to which he attributes the heightened suburban crime.

Paul Manafort, former chair of the Trump presidential campaign, joins Dom Giordano to preview his upcoming book, Political Prisoner: Persecuted, Prosecuted, but Not Silenced. Manafort was thrust into the national spotlight after being convicted of various financial crimes including tax evasion and money laundering, arguably in retaliation for his support and work with Donald Trump. Manafort tells of his time spent at Riker’s Island, telling of the solitary confinement he was forced into after refusing to turn on Trump, allegedly for his own safety. In addition, Manafort reveals whether he felt his safety was at risk at any time, updates his heath situation, and tells how he plans to move forward in the political sphere after the controversy. To pre-order the upcoming Political Prisoner, click HERE.

Full Hour | To lead off the second hour, former Montgomery County Police Chief Bill Kelly returns to the Dom Giordano Program to discuss the heightened crime in Abington and surrounding areas perpetrated by Philadelphia citizens. First, Giordano and Kelly discuss whether the lackadaisical policies of District Attorney Larry Krasner have removed accountability from criminals, and give particular ideas for reform to fix the issues we’re seeing. Kelly, an expert in reform, offers his opinion on the new radical nature of policies, and tells whether he believes the lack of accountability has presented opportunity for criminals. In addition, Kelly talks about the demoralization of police, and tells of the hardships police officers face on the job.

Then, Philadelphia legend Ray Didinger returns to the Dom Giordano Program to break down the Eagles season-ending Wildcard loss to the Buccaneers yesterday. First, Giordano and Didinger blast Jalen Reagor for his performance in the game, including a demoralizing muffed punt, with Didinger noting his suggestion last that week that Eagles coach Nick Sirianni sit Reagor for his repeated mistakes through the season. In addition, Ray tells what he believes makes Tom Brady an all-time great, and reveals whether he thinks the Eagles will bail on Jalen Hurts as starting QB moving forward.

Full Hour | Chris Tremoglie, writer for the Washington Examiner and longtime friend of the show, rejoins the Dom Giordano Program to discuss an exclusive interview he had with a Penn University swimmer, discussing the locker room climate at Penn in the shadow of Lia Thomas, the transgendered swimming star setting collegiate records. Tremoglie tells that the anonymous swimmer he spoke with told him that Lia has been comparing herself to revolutionary figure Jackie Robinson, taking pride in the controversy surrounding her entrance into women’s swimming.

Then, Giordano, after playing his Money Melody for the day, returns to politics revealing that he has been under fire on Twitter for questioning Phil Murphy’s Catholicism over his pro-abortion stance. Dom reveals a statement by a bishop in Texas, who said similarly to Giordano that Phil Murphy is a bad Catholic for the political stance. In addition, Giordano plays back a clip from an NBA owner, who openly admits he does not care what happens to the Uyghurs in China.