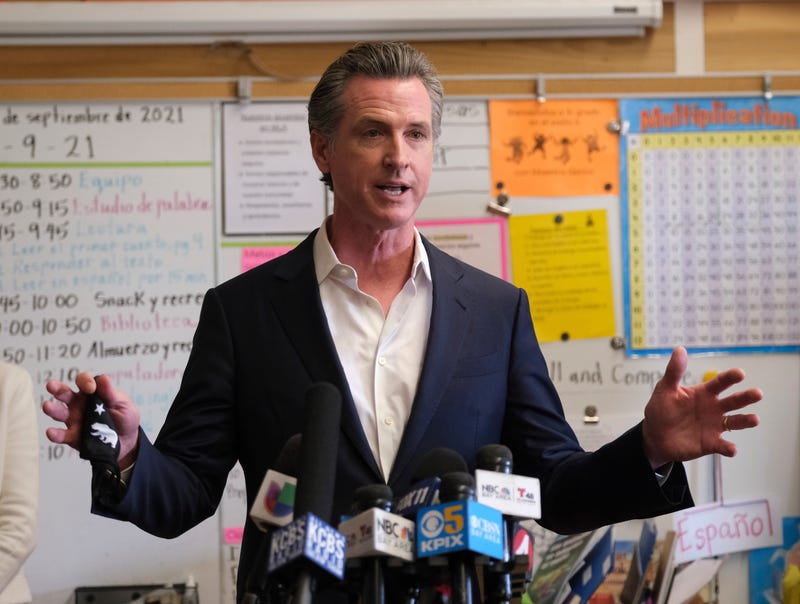 SACRAMENTO, Calif. (AP) — California Gov. Gavin Newsom handily defeated a recall election that could have removed him from office, but his Democratic allies in the Legislature already are seeking changes that could make it harder to mount such a challenge in the future.

Those changes could include raising the standard to require wrongdoing on the part of the officeholder, increasing the number of signatures needed to force a recall election, and changing the process that could permit someone with a small percentage of votes to replace the state’s top elected official.

“I think the recall process has been weaponized,” Newsom said Wednesday, a day after his decisive victory.

The governor noted that California has one of the nation’s lowest thresholds for the number of signatures needed to trigger a recall election. In Newsom’s case, recall proponents had to collect nearly 1.5 million signatures out of 22 million registered voters in their bid to oust him, or 12% of the electorate who voted him into office in 2018. By contrast, Kansas requires 40%.

But the efforts faced pushback from those who organized the recall election against Newsom and questions from experts, who said California’s law is better than many others in limiting requirements that make it harder to recall politicians.

“They’re working in opposition of the will of the people when they take action like that to limit our ability to self-govern,” said Orrin Heatlie, chief proponent of the recall effort.

There is little benefit for Democrats in pushing changes that could anger voters, said Joshua Spivak, an expert on recalls and senior fellow at the Hugh L. Carey Institute for Government Reform in New York.

“From a political point of view, it’s kind of crazy, and I can’t imagine why they would spend political capital on this,” Spivak said. “Are you going to go to the voters and say, ‘Well, we didn’t deal with the homeless problem but yeah, we fixed the recall?’ It just doesn’t seem like a smart move.”

State Sen. Josh Newman, who was recalled in 2018 before regaining his seat two years later, said he will propose two constitutional amendments: one to raise the number of required signatures and another to have the lieutenant governor finish the governor’s term if a recall succeeds.

“We need to create a system where a