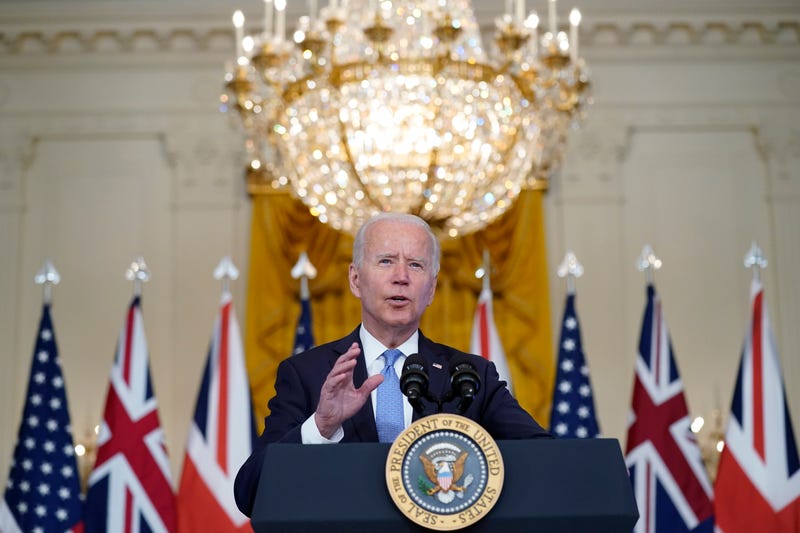 WASHINGTON (AP) — President Joe Biden announced Wednesday that the United States is forming a new Indo-Pacific security alliance with Britain and Australia that will allow for greater sharing of defense capabilities — including helping equip Australia with nuclear-powered submarines. It's a move that could deepen a growing chasm in U.S.-China relations.

Biden made the announcement alongside British Prime Minister Boris Johnson and Australian Prime Minister Scott Morrison, who joined him by video to unveil the new alliance, which will be called AUKUS (pronounced AWK-us). The three announced they would quickly turn their attention to developing nuclear-powered submarines for Australia.