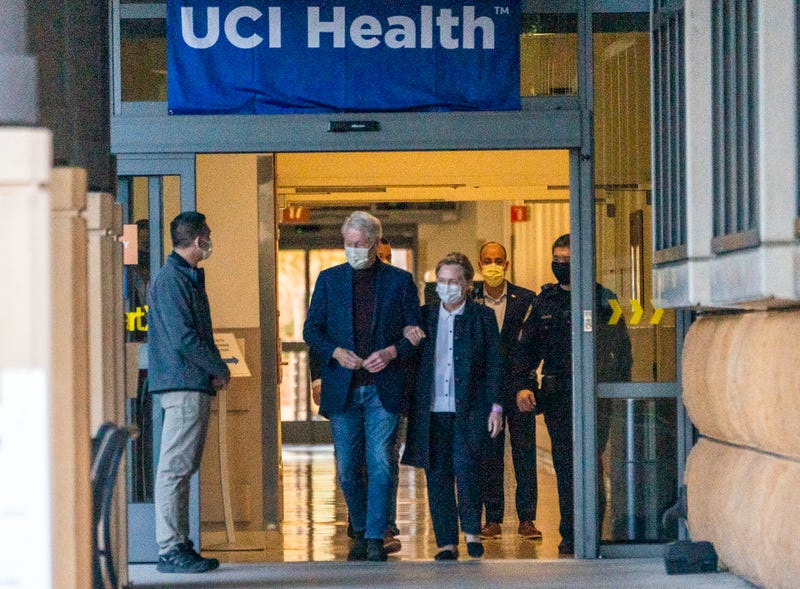 Hillary Clinton had been with her husband at the hospital and was accompanied there Saturday by daughter Chelsea.

President Joe Biden said Friday night that he had spoken to Bill Clinton, and the former president “sends his best.”

An aide to the former president said Bill Clinton had a urological infection that spread to his bloodstream but was on the mend and never went into septic shock, a potentially life-threatening condition.

The aide, who spoke to reporters at the hospital on the condition his name wasn’t used, said Clinton was in an intensive care section of the hospital but wasn’t receiving ICU care.