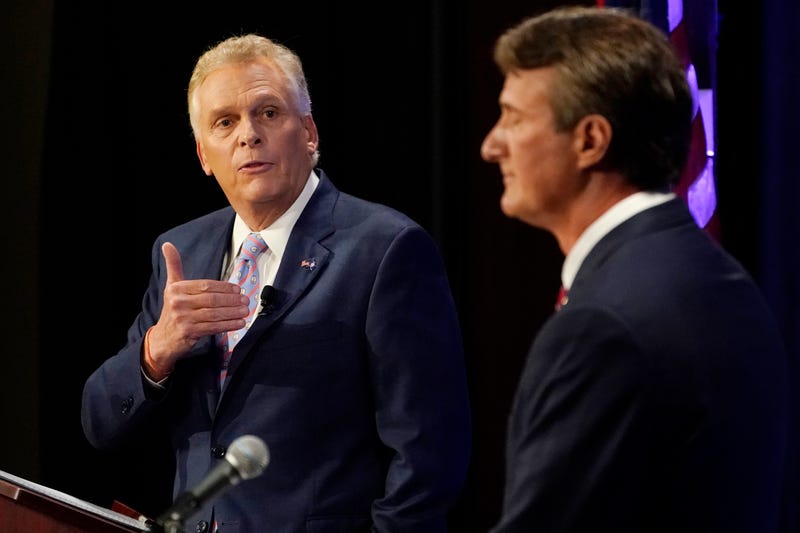 GRUNDY, Va. (AP) — Democrat Terry McAuliffe and Republican Glenn Youngkin clashed over abortion and vaccination policies Thursday in Virginia’s first gubernatorial debate of the general election season, as each sought to cast the other as extreme.

The candidates in the closely watched race met at the Appalachian School of Law in Grundy, a small town in southwest Virginia, where the debate got off to a relatively heated start, with cross-talk and occasional snide remarks.