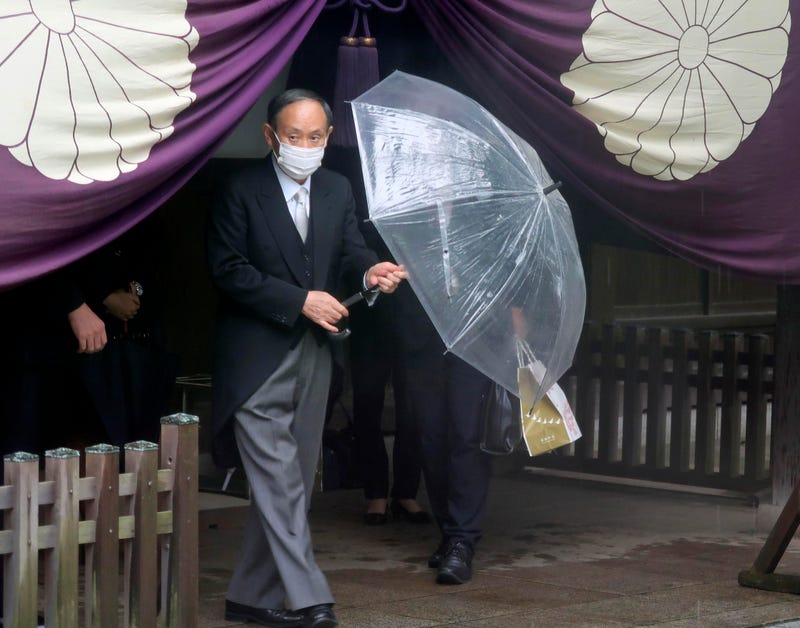 Later Sunday, South Korea’s Foreign Ministry expressed “deep disappointment and regret” over the visits and offerings at the shrine.

Without mentioning Kishida by name, the foreign ministry statement urged the leaders of Japan to “squarely face history and humbly reflect on” Tokyo’s wartime past on the occasion of a new government coming into office in Japan.

After China and the Koreas reacted with outrage to a visit to Yasukuni by former Prime Minister Shinzo Abe in 2013, Japanese leaders have avoided visiting the shrine while in office.

Many South Koreans deeply resent Japan for its 1910-45 colonial rule of the Korean Peninsula. Relations between Seoul and Tokyo have soured in recent years amid disputes over compensation for Korean wartime laborers and over the systematic abuses of “comfort women” used for sex by the Japanese military before its World War II defeat in 1945.