The expectation is that Ben Simmons will play for the Philadelphia 76ers for the 2021-22 NBA season, or at least the start of it, according to Tom Moore of the Bucks County Courier Times.

#NBA source: The #Sixers 'are expecting (Ben Simmons) to play (in 2020-21). The expectation is they will. It's bumpy right now (& the team expects it) to get better.' The #76ers don't plan on making a deal that would drop them back in standings & not getting viable offers. pic.twitter.com/QUMmzkKbKF

Recently, the situation has gotten to the point where reports have circulated that Simmons does not want to play in Philadelphia anymore, so much so that he is willing to sit out if need be.

Moore reports that the Sixers plan to fine Simmons if he does not show up, but one source says, "Eventually he's going to show up."

More #NBA source: 'Eventually he's going to show up. (#Sixers will) go from there.' They apparently plan to fine Simmons if he doesn't attend 2021-22 camp, preseason & so on. Don't want to trade for draft picks & try to convert to players. Can't get any of 5-10 NBA guys they like https://t.co/CVfFbQLJH4

Simmons, 25, has been in trade rumors all offseason following the Sixers' second-round playoff exit to the Atlanta Hawks, where Simmons' struggles at the free-throw line and reluctance to try to score late in games were evident.

"Ultimately you win or lose mostly with your players," Sixers president Daryl Morey said on June 22nd. "So it's my job to get the best players. Frankly, we didn't have quite good enough players. Again, I love how are young players are pushing our top players. I love the reaction that Doc got in the locker room with everyone and the meetings he's had to today. The reality is like, look, we need to be overall a better team with better players and we need improvement from the players that are here and we need better players brought in, and we'll make that happen." 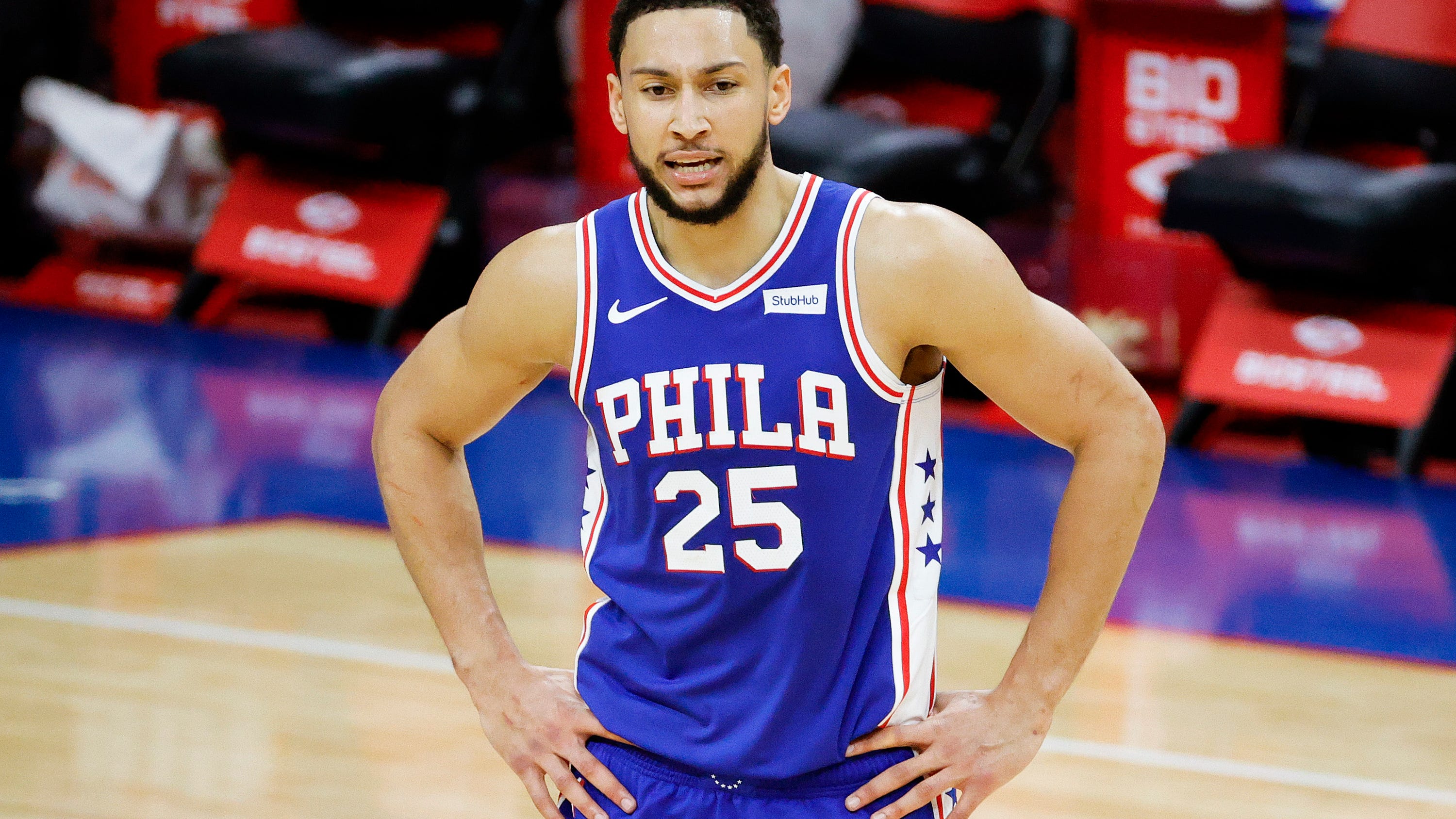 Shaq: 'We can make the assumption' that Sixers' Simmons isn't putting in the work

Joel Embiid came to the defense of Simmons on social media, just a couple of weeks ago, saying he loves playing with Ben.

Simmons is a three-time All-Star and two-time first-team All-NBA defender. In 2020, he led the NBA in steals and made third-team All-NBA. However, his inability, or refusal, to shoot the ball has many concerned.