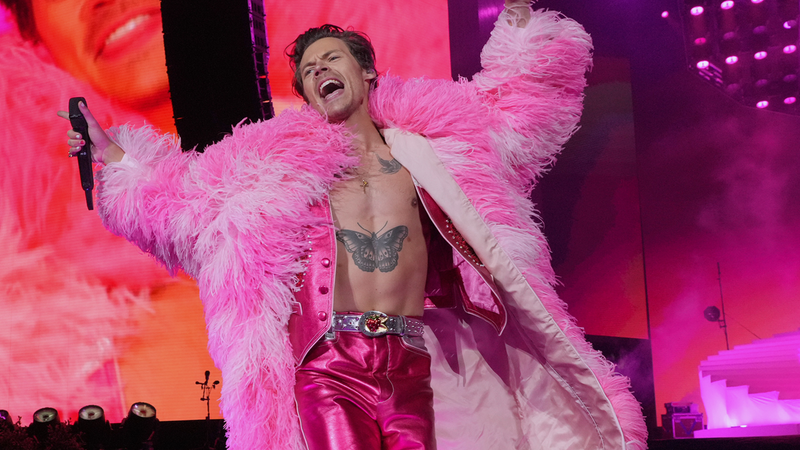 Though he likes to keep thinks private, Harry Styles also likes to keeps things honest. Which is exactly what he did in the extended digital version of June's Better Homes & Gardens cover story, opening up about taking care of his mental health.

While song writing introspectively helps, Harry admitted that with the help of a therapist he was able to reach levels of reflectiveness, other practices never met. Though he wasn’t always so open to the idea. “I thought it meant that you were broken," the “As It Was” singer explained, revealing it took some convincing to get him to start therapy, which he revealed he started five years ago. “I wanted to be the one who could say I didn't need it.” However that wasn’t the case, though now Styles is totally okay with it.

Noting his therapy sessions have allowed him to "open up rooms" in himself he was unaware existed, Harry admitted he now feel things more honestly after "emotionally coasting" through life before.

"I think that accepting living, being happy, hurting in the extremes, that is the most alive you can be," Harry said. "Losing it crying, losing it laughing—there's no way, I don't think, to feel more alive than that.”

Elsewhere in the interview, Harry drew parallels between his rise to fame as a teenager, to the come up of Billie Eilish, who was merely 15 years old when she released her debut single "Ocean Eyes.”

"She was so much younger than I am, and, when I was in the band, we were always the young guys. When I did my first solo thing, I was still like the young guy," he said. "I'm not like an old man now, but she's just a different generation.”

With no animosity present, Billie’s success stirred up complicated feelings for Harry, who despite being incredibly happy for the young GRAMMY winner's triumphs, began to grapple with what and where his place was in the industry as he grew older.

"You can't win music. It's not like Formula One," he continued. "I was like, in my lifetime, there will be 10 more people who burst onto the scene in that way, and I'm only going to get further away from being the young thing. So, get comfortable with finding something else that makes you happy. I just found that so liberating.”

Check out everything else Harry had to say in the full Better Homes and Gardens interview, which hits newsstands May 13 here.