You may have forgotten, but seven-time All-Star Sammy Sosa actually started and finished his career with the Texas Rangers.

Sosa initially broke into the league with the Rangers at the age of 20, playing in 25 games for the Rangers in 1989. Sosa was traded to the Chicago White Sox that summer as part of a deal that brought future Hall of Famer Harold Baines to Texas.

18 years - and hundreds of home runs - later, Sosa made the Rangers out of spring training after sitting out of the 2006 season. 2007 was far from the most notable season of Sosa's illustrious career, but he did hit .252 with 21 home runs and 92 RBIs in 114 games, pretty impressive production for a 38-year-old. Most notably, he became the fifth player in MLB history to reach 600 career home runs that season.

In total, Sosa played just under six percent of his career games in Texas as a member of the Rangers. Still, his two stints with the team don't quite rise to the level of shocking to remember. However, here are five players that you very well may have forgotten spent time with the Rangers: 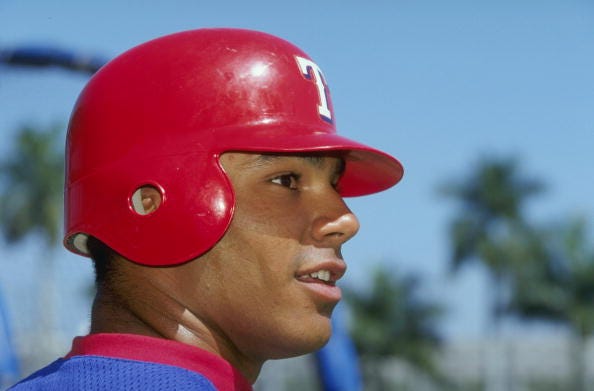 Before becoming a character in the 2011 film "Moneyball" because of his tenure with the Oakland Athletics or one of the greatest hitters in Tampa Bay Rays' history, Peña broke into the league with the Rangers. The No. 10 overall pick in the 1998 MLB Draft, Peña made his major league debut with the Rangers in 2001. In 62 at-bats, Peña did hit three home runs and drive in 12 runs, but he was traded to the division-rival Athletics after the season for a package that included Ryan Ludwick and Gerald Laird. The peak of Peña's career came between 2007 and 2011, as he hit 172 home runs during that stretch for the Rays. 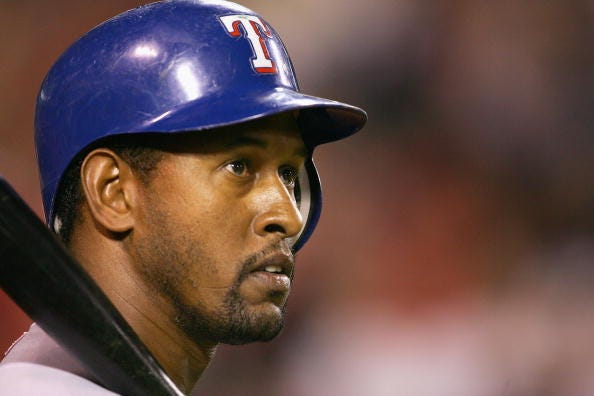 Hidalgo had a couple monster seasons for the Houston Astros in the early 2000s, including in 2000, when he slashed .314/.391/.636 with 44 home runs and 122 RBIs. Unfortunately for Hidalgo, his career in the majors proved to be relatively short lived considering how valuable he was for the Astros in 2000 and 2003. He had an unsuccessful stint with the New York Mets, who acquired him before the 2004 trade deadline. Though he homered 16 times and drove in 43 runs for the Rangers in 2005, he hit just .221 with an on-base percentage under .300. His age-30 season proved to be his final major league season, as he bounced around various independent and winter leagues until the end of 2012. 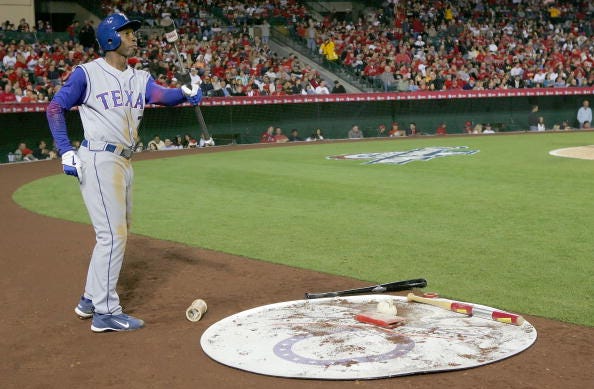 DHL once made a commercial making fun of how frequently Lofton changed teams in the second-half of his career, and the Rangers are one of the most forgettable stints he had. Ahead of his age-40 season, Lofton joined the Rangers on a one-year deal, the 11th franchise he had been employed by. In 84 games for the Rangers, Lofton hit .303 with seven home runs, 23 RBIs and 21 stolen bases. Before the July 31 trade deadline, the Rangers dealt Lofton to the Indians, setting him up for his third stint with the team he was most associated with. In what proved to be his final season, Cleveland reached the ALCS, but blew a 3-1 lead in the series, as the Boston Red Sox stormed back to win the American League pennant. 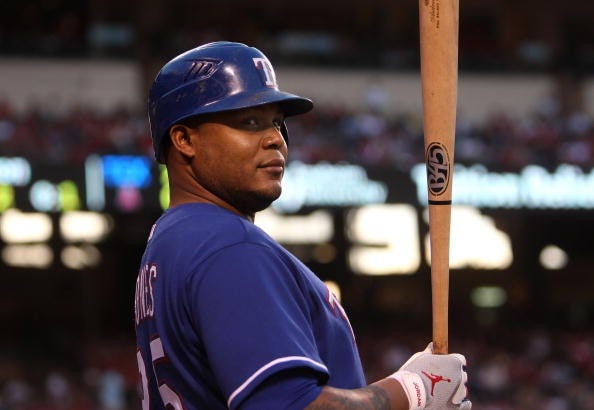 Andruw Jones had a brief stint with the Rangers. <s