As he does each and every Tuesday, Aaron Rodgers dropped by for his weekly guest spot on The Pat McAfee Show. But unlike many of his recent appearances, the Packers QB went viral, not for his controversial views on COVID and government mandates regarding the vaccine, but for trolling the Giants’ play-calling Sunday in their season-ending loss to Washington.

A sign of difficult times for the Giants’ offense as they run a QB sneak from their own 4-yard line on 3rd & 9 from this formation. pic.twitter.com/zFHSHsJikA

Facing third and nine from their own four-yard-line, the Giants, rather than attempting a pass, decided it would be a good idea to call a QB sneak with Jake Fromm, who plunged forward for a one-yard gain on a play that had all of Twitter dumbfounded. Coach Joe Judge (who may have to wait until the Giants hire a new GM to find out if he still has a job or not) defended his decision after the game, electing to give his punter more room rather than risk an interception deep in his own territory.

Joe Judge explains the two QB sneaks towards the end of the first half:

"We were backed up, I wanted to get room" pic.twitter.com/CjnPJVVlXN

Regardless of the logic, the sneak was largely mocked by fans and media talking heads, who saw the play as both cowardly and a microcosm of the Giants’ disastrous 4-13 season.

The Giants seriously just ran a 3rd and 9 QB sneak. Not a draw. A sneak. Out of a de facto kneel formation.

The Giants have packed it in the last 2 weeks one year after Joe Judge criticize Doug Pederson for not giving 100% all the way to the end. Can't make it up.

Giants had 3rd and 9 at own 4 with 5 minutes left in half and ran a qb sneak with Jake Fromm. They were afraid to run a regular play. If I were the owner I’d fire my head coach at half time.

"Not a clown team" #Giants just ran a QB sneak on 3rd and 9.pic.twitter.com/Uikv3qnqwX

Rodgers was similarly critical, jokingly daring his own coach Matt LaFleur to dial up a QB sneak on third and long. “Call that one [on the headset], Matt, and let’s see what happens,” said Rodgers, to the amusement of both McAfee and cohost A.J. Hawk, the latter his former Packers teammate. “That s--- ain’t flying.”

Add Aaron Rodgers to the list of people who have no idea what the #Giants were doing calling a QB sneak on 3rd-and-9.

“Call that one in Matt [LaFleur] and let’s see what happens. That sh*t ain’t flying.”

Rodgers will have this week to recharge (the top-seeded Packers have a first-round bye) before Green Bay’s playoff opener next week at Lambeau Field. 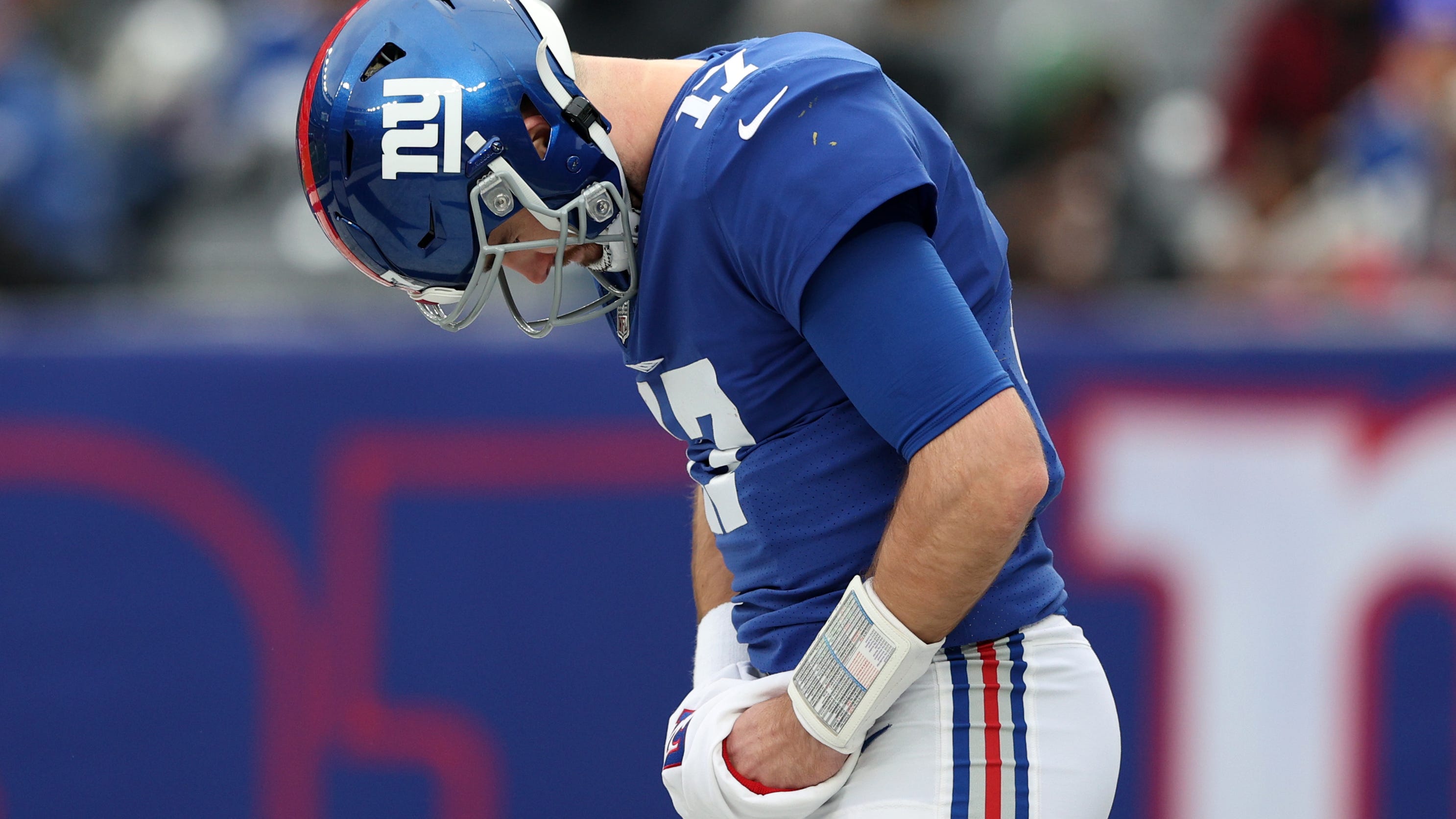