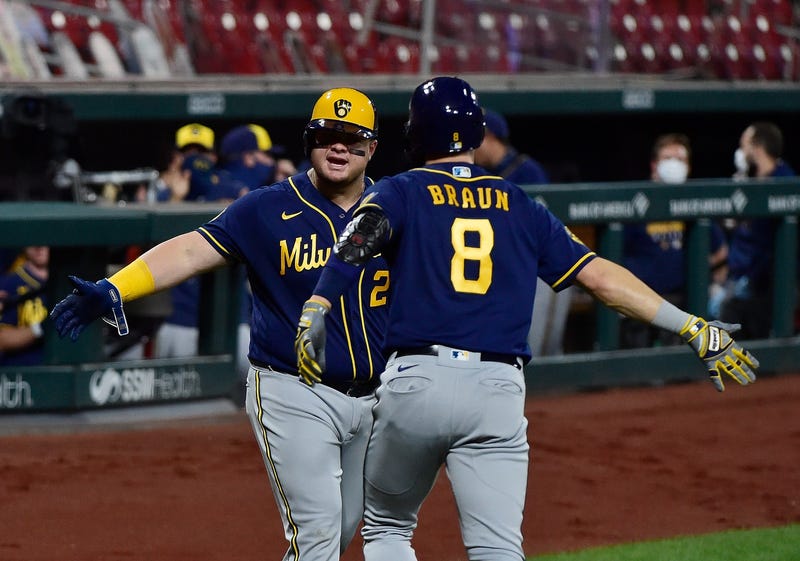 St. Louis - It was must-win territory and the Milwaukee Brewers will live to fight another day as they got a dominant starting pitching performance from staff ace, Brandon Woodruff, and enough offense behind him to get a 3-0 win against the St. Louis Cardinals at Busch Stadium.

Woodruff shoved for eight scoreless innings, allowed just two hits, struck out ten and walked one Cardinals hitter. Josh Hader finished it off by working a scoreless ninth for his 13th save of the season.

Back to back homers from Ryan Braun and Daniel Vogelbach in the fourth got the Brewers on the board in the fourth and Omar Narvaez added an RBI single for insurance in the seventh and that was all the offense a light-hitting squad would need.

Brett Anderson will get a ball on Sunday in a pivotal final game of a weird 2020 season. First pitch at 2:15 from Busch Stadium.