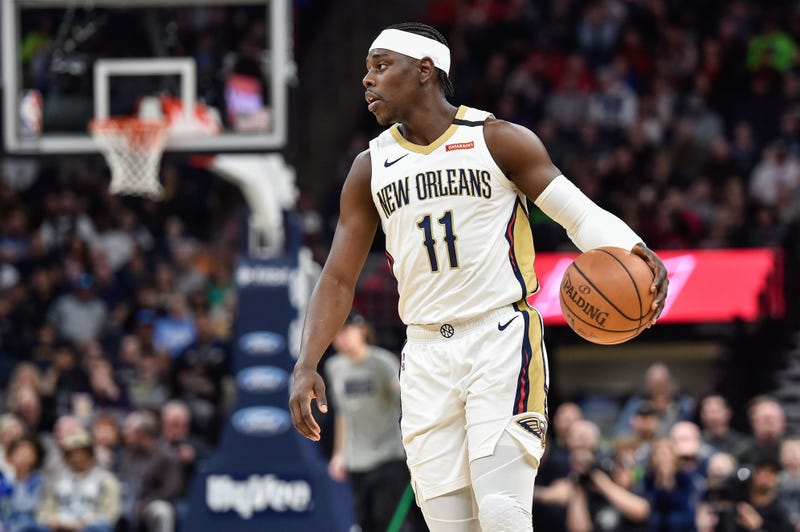 The Milwaukee Bucks have acquired Jrue Holiday from the New Orleans Pelicans and Bogdan Bogdanovic from the Sacramento Kings via trade late Monday night.

The first trade of the night was for the Pelicans guard Jrue Holiday. Eric Bledsoe, George Hill and three first round draft picks were sent to New Orleans for the 30-year-old Holiday. In the 2019-20 season, Holiday averaged 19.1 points, 6.7 assists, 4.8 rebounds and 1.6 steals per game.

Shortly after the announcement of the Holiday deal, Bucks GM Jon Horst made another move to shake up the roster. The Bucks send Donte DiVincenzo, DJ Wilson and Ersan Illyasova to the Sacramento Kings in a sign-and-trade for Bogdan Bogdanovic.

On Tuesday, The Fan had you covered with the BEST. BUCKS. COVERAGE as we interviewed several names from around the country on the deals.

First, The Bart Winkler Show sat down with Keith Smith and got a national perspective on the Bucks moves and where it puts them now in the NBA hierarchy.

Next, Eric Nehm, our Milwaukee Basketball Insider for The Athletic joined the Bill Michaels Show to discuss this Bucks roster and where they sit after the trades. Listen Below!

Later, The Wendy's Big Show was joined by Pelicans reporter Mark Menard from our sister station WWL in New Orleans to give us the low-down on Jrue Holiday:

Then, Sacramento Kings writer Jason Jones told The Wendy's Big Show everything we needed to know about Bogdan Bogdanovic:

Tune in to Ryan Horvat on the Pro Hoops Draft Show on Wednesday night starting at 6PM for more analysis on the Bucks moves and pick-by-pick coverage of the Draft on The Fan!