A year after he was part of a viral meme, Nick Castellanos hit a lot of deep drives to left field for the Cincinnati Reds in 2021.

After performing like one of the league's top run producers in his age-29 campaign, Castellanos opted out of the remaining two years and $34 million on his contract with the Reds. He also declined the one-year/$18.4 million qualifying offer that the Reds extended, setting Cincinnati up to recoup draft compensation if (when?) the slugging outfielder departs in free agency. 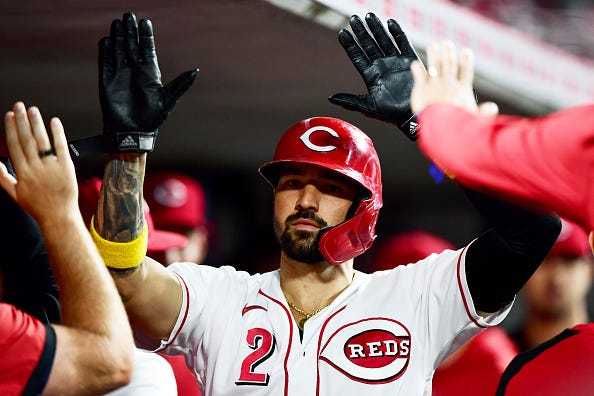 Following the lead of Audacy Sports MLB Insider Jon Heyman, we projected that Castellanos will sign a five-year/$105 million deal to join the Brewers. The Brewers have an incredible starting rotation led by National League Cy Young Award winner Corbin Burnes, but need to build an offense to compliment it. If the Brewers signed Castellanos and got a bounce-back season from Christian Yelich, they would be a legitimate World Series contender in 2022. 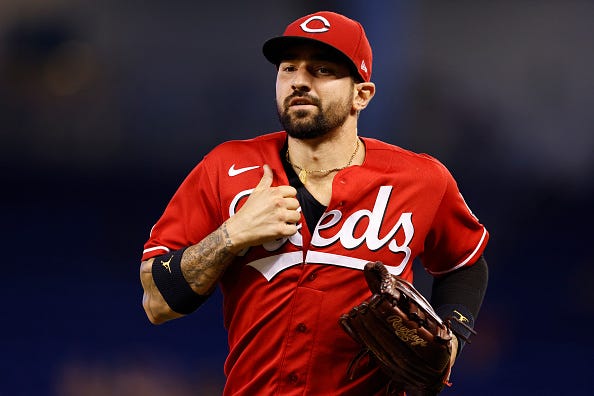 Despite a disastrous second half, the Padres have one of the most talented rosters in baseball and could very well make a deep playoff run next season. With Tommy Pham a free agent, the Padres have an opening in left field. Castellanos could fill that hole, and add more thump to a lineup that already includes Fernando Tatis Jr. and Manny Machado. 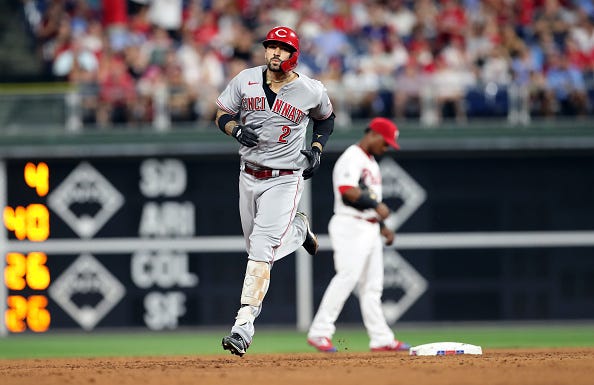 It's easy to make a case for Castellanos joining the Phillies, although he's hardly a perfect fit. On one hand, the Phillies need to add more protection in their lineup behind National League MVP Bryce Harper and president of baseball operations Dave Dombrowski was leading the Detroit Tigers front office when they selected Castellanos with their first-round pick in the 2010 MLB Draft. On the other hand, the Phillies need to drastically improve their defense, and Castellanos' calling card certainly hasn't been his glove. Dombrowski also indicated a desire to add a left-handed bat to the middle of the order, rather than another righty with Rhys Hoskins and J.T. Realmuto. 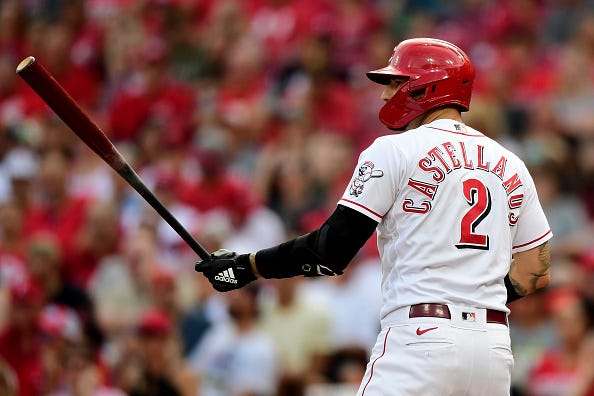 MLB.com's Jon Morosi has reported that the Marlins are among the teams that have already shown interest in Castellanos this offseason. He may ultimately prove to be too rich for their blood, but with Sandy Alcantara, Trevor Rogers, Pablo Lopez, Sixto Sánchez, Edward Cabrera and Max Meyer, the Marlins have ridiculous organizational pitching depth. If they can add a few impact bats, they could become a consistent contender in the National League East. 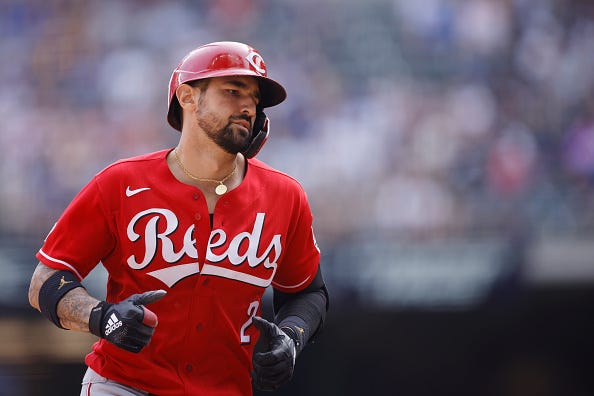 The Giants could theoretically go into 2022 with LaMonte Wade Jr. in left field and Mike Yastrzemski in right field, but as they look to fend off the Padres and Los Angeles Dodgers, that might not be enough to stay atop the National League West. Morosi has also reported that the Giants have shown interest in Castellanos, who presumably would replace Kris Bryant in their lineup. 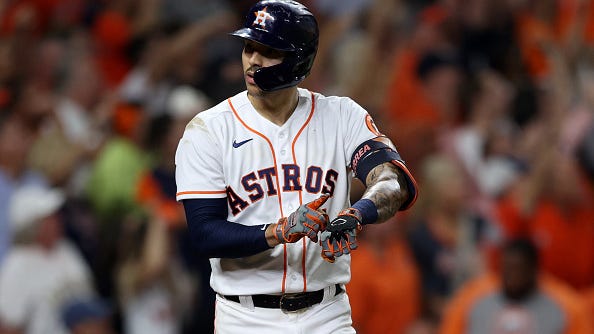