It’s only fitting that the Bucks and Celtics, who finished with identical 51-31 regular-season records, would meet in a winner-take-all Game 7 Sunday at TD Garden. These teams are as evenly matched as can be—the season series (including their four regular-season meetings) is tied 5-5. Boston has the benefit of home-court advantage, though that hasn’t mattered much this series with the road team winning four of six games including Friday’s dramatic Game 6 in Milwaukee.

One team will advance to play Miami in the Eastern Conference Finals, while the other will have their season end in crushing fashion, haunted by what could have been. That duality is what makes sports such great theater—there’s no higher stakes than a Game 7 to decide it all—but without perspective, it can be a mental burden. Having your entire season—months of painstaking trial and error culminating in a final moment of truth—come down to 48 minutes is an inherently cruel exercise and not necessarily representative of which team is “better.”

Jayson Tatum gave the performance of a lifetime in Game 6 (46 points accomplished on dominant 17-of-32 shooting including 7-of-15 from beyond the arc), but without finishing the job in Game 7, it will all be for naught. Unfortunately, that’s the grim reality athletes face. Imagine pouring everything into your craft, at great mental cost, in pursuit of a singular goal, for the right to have Stephen A. Smith, hoarse from screaming hot takes into the ether, call you a fraud on First Take Monday morning.

Our sports discourse doesn’t allow for much nuance on this subject. We live in a media landscape that chastises Chris Paul and James Harden for shrinking in big moments, while immortalizing insane, bordering on sociopathic competitors like Kobe Bryant and Michael Jordan, all the while forgetting that these are human beings with flaws and imperfections like the rest of us. The only difference is that theirs are broadcast on national TV, laid bare in front of a mass audience with nothing better to do than cast judgment over 280 characters on Twitter.

That kind of vitriol and hostility can drive a person mad (who knows where Kevin Durant would be in his career if he stopped checking his mentions), but luckily for Bucks superstar Giannis Antetokounmpo, this isn’t his first rodeo.

“For me, at the end of the day, I just got to go play. Go lead the team in any way I can. I want my teammates to have fun, enjoy the moment. No matter what happens, you grow from it,” the 27-year-old said of his approach to Sunday’s Game 7 back in Boston. “If we’re going to be the team advancing to the next round, great. I hope so. We’re going to play hard. But if not, we’re going to learn from this. We’re going to be better.”

Giannis with some fantastic perspective heading into Game 7. pic.twitter.com/XwfrfBW3s6

Antetokounmpo’s legacy is secure either way after leading Milwaukee to a title last season, but it’s still refreshing for an athlete to share this sentiment, acknowledging that life will go on, regardless of Sunday’s outcome. Giannis gave a similar perspective during last year’s playoffs with wise words about ego and living in the moment.

This is everything we need to learn about ego and living in the moment. In one sound bite. I just became a forever fan..pic.twitter.com/ckRGYs9Y7F

Coming from Greece as a scrawny teenager with little in the way of expectations, Antetokounmpo has made the Bucks matter in a way they haven’t since Kareem Abdul-Jabbar’s (then known as Lew Alcindor) heyday in the early 70s. He’s done it the right way too, committing to Milwaukee long-term while eschewing “super teams” in larger media markets.

“Be fearless, play free. We don’t owe nobody nothing,” said Giannis, who has averaged an even 40 points over his last four games including a monster, 44-point effort in Friday’s Game 6. “I believe, as a team, we’ve given everything in [these] six games. There hasn’t been a game where I was like, ‘We didn’t give enough effort.’ The effort is always there.” 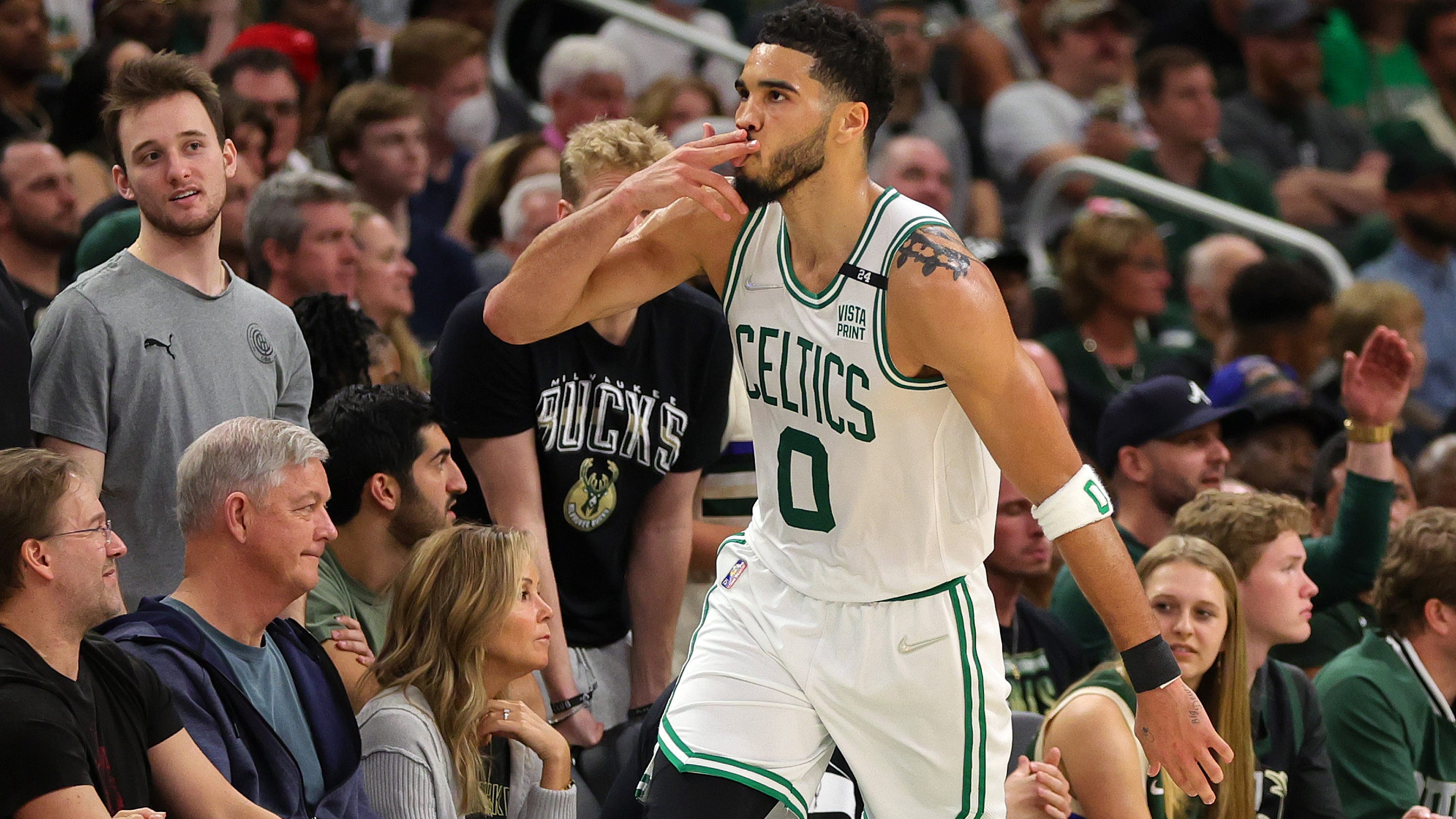 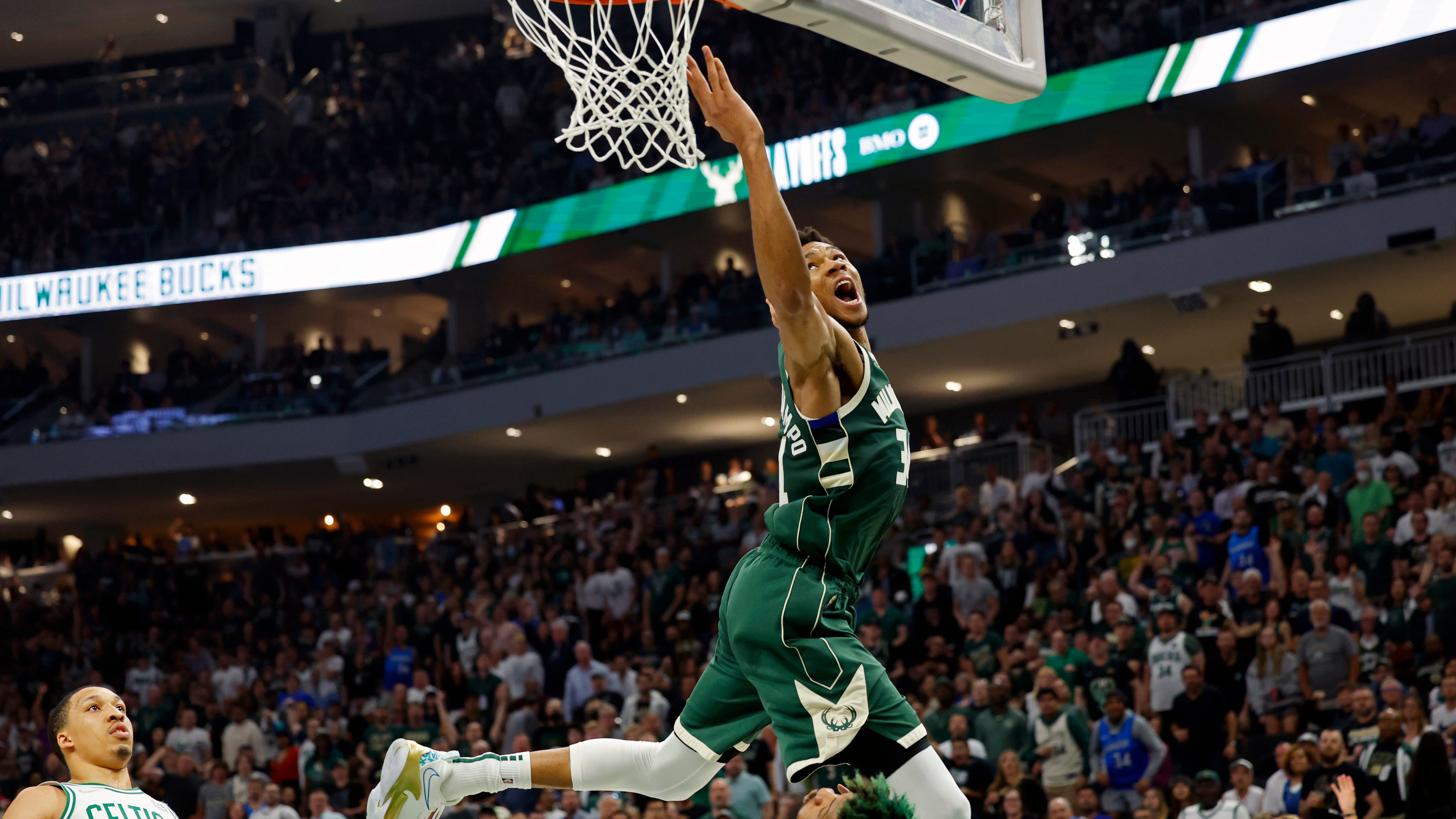