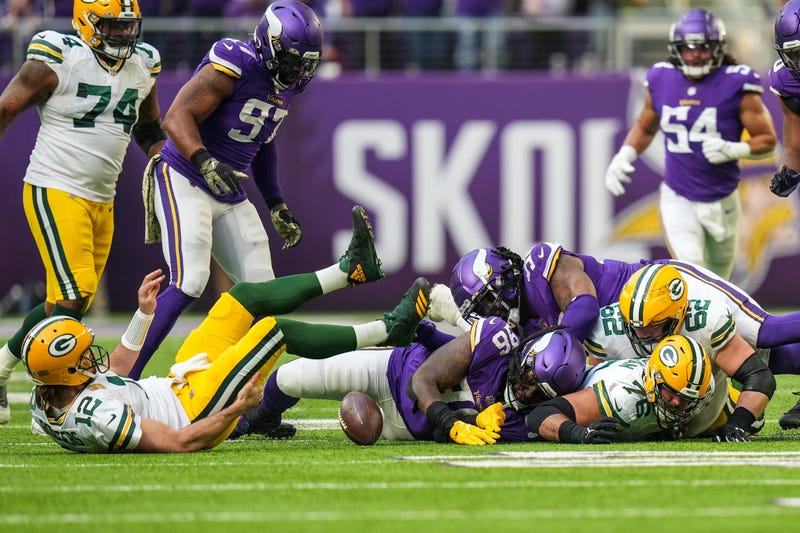 Minneapolis, MN - The Minnesota Vikings have had their share of troubles in the kicking game but they were able to overcome that with a last second, game-winning field goal from K Greg Joseph on their way to a 34-31 win at US Bank Stadium.

The Green Bay Packers are not as used kicking issues as Minnesota but Mason Crosby missed another field goal in the first quarter, his eighth miss of the 2021 season. A lot happened in a wild fourth quarter between the two teams to get to the 34-31 result but that missed field goal may have cost Green Bay the game. The Packers also committed a season high eight penalties on the day.

Packers' QB Aaron Rodgers overcame a shaky start to the game only to explode in the second half. He finished with 385 yards and four touchdowns through the air, including two to All-Pro WR Davante Adams.

They will return to Green Bay to host the Los Angeles Rams at Lambeau Field next Sunday.