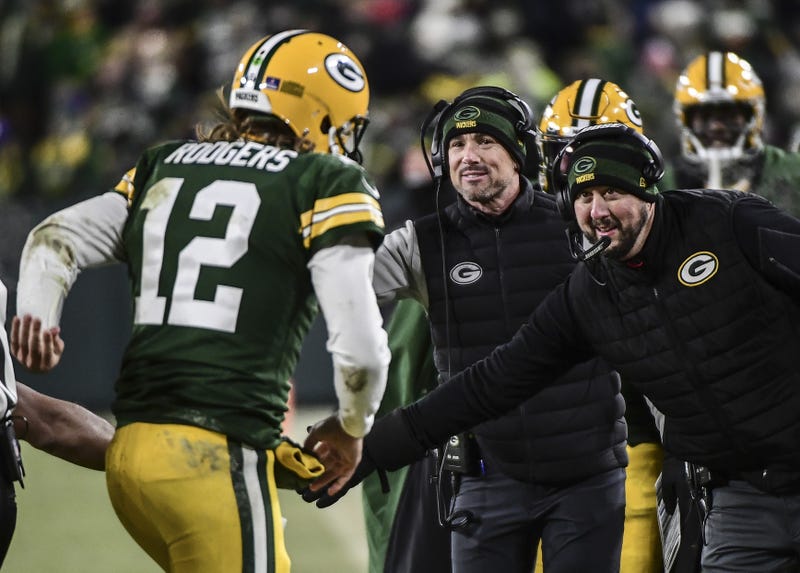 With the number one seed locked down, the Packers' regular season finale against the Detroit Lions becomes largely symbolic with no postseason ramifications.

It also presents an interesting situation for head coach Matt LaFleur and the coaching staff: to play starters or not to play.

It appeared during the postgame presser following last night's 37-10 victory over Minnesota that, at least briefly, starters will get some reps against the Lions. For how long they'll be in is still up in the air.

“That does seem like a long time off" LaFleur said when prompted about the timeline between now and the divisional round. "If you ask me right now, my gut is these guys are going to play at least a little bit."

Both Aaron Rodgers and Davante Adams echoed LaFleur during their own press time.

“Having two weeks off — to each his own — I wouldn’t want to do that" Adams said, with Rodgers saying this was the first week he didn't need any painkillers for his pesky toe injury.

As for other injuries, cornerback Jaire Alexander remains on the COVID-19/reserve list for the time being but he is eligible to play after he comes off the list. Tackle David Bakhtiari, linebacker Za'Darius Smith, wide receiver Randall Cobb, and center Josh Myers still haven't taken tremendous strides in practice, but Rodgers was optimistic that some if not all of them will be back for the playoffs.

Keep listening to 1250AM The Fan for the latest Packer injury news!