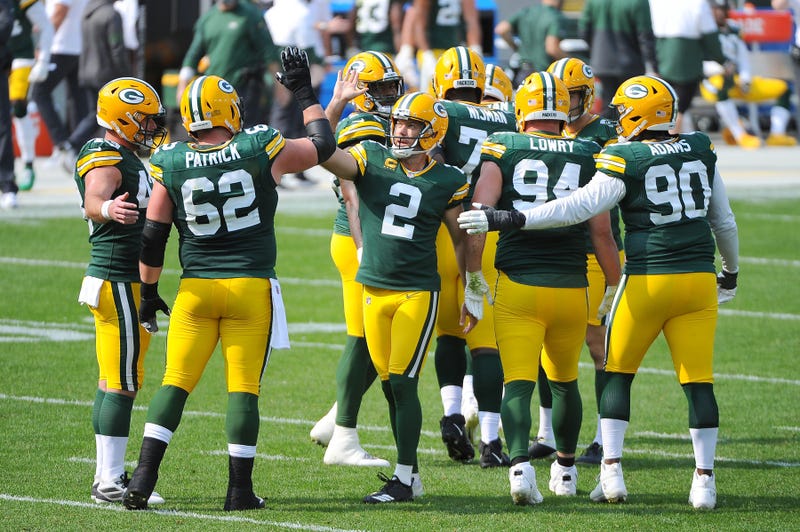 The 2020 NFL season has been about as weird of a season as you'll ever see, and that extends even to the kickers.

So far Mason has yet to miss a field goal, and sits at 28/29 on extra points on the season, and has been a huge boost to a good Packers offense.

There was a time not too long ago when Mason was kicking for his job, and since that brutal 2012, Mason has been automatic as the Packers kicker, even through some family adversity.
What have you seen from Mason Crosby this season?

Mason Crosby joined Bill on Thursday to talk about the wild 2020 season so far, how much longer he plans on playing, and more:
- How weird is life in general for him through all of this?
- How weird has it been without fans some games, and others with a limited amount of fans?
- How is he doing in his recovery from injury?
- How is he looking at the rest of the competition of the NFC?
- How much longer does he think he has left to play?
Listen to the full interview below!