The Milwaukee Bucks offered up their "Fear the Deer" slogan, and the Brooklyn Nets did them one better: James Harden is back, so Fear the Beard.

That's a massive, massive boost to the Nets and should be the same for the confidence of Nets fans, seeing as Harden has played all of 43 seconds this series. The announcement of his availability also apparently provided Vegas handicappers with some confidence, as the Nets became the favorites to take Game 5 of the series and go up three games to two.

Earlier today, Harden was designated as doubtful, and then upgraded to questionable, and is now available to play in what seems to have been quite the rapid turnaround for the nine-time All-Star. It's not quite Willis Reed, but it'll certainly do. Harden played in all five games of the first round, averaging 27.8 points, 10.6 assists, 7.2 rebounds, 2.0 steals and 1.0 blocks per game with incredibly efficient shooting splits of .556/.475/.909.

Kyrie Irving, on the other hand, may very well be sidelined for the remainder of the series, making Harden's return for Game 5 all the more important. 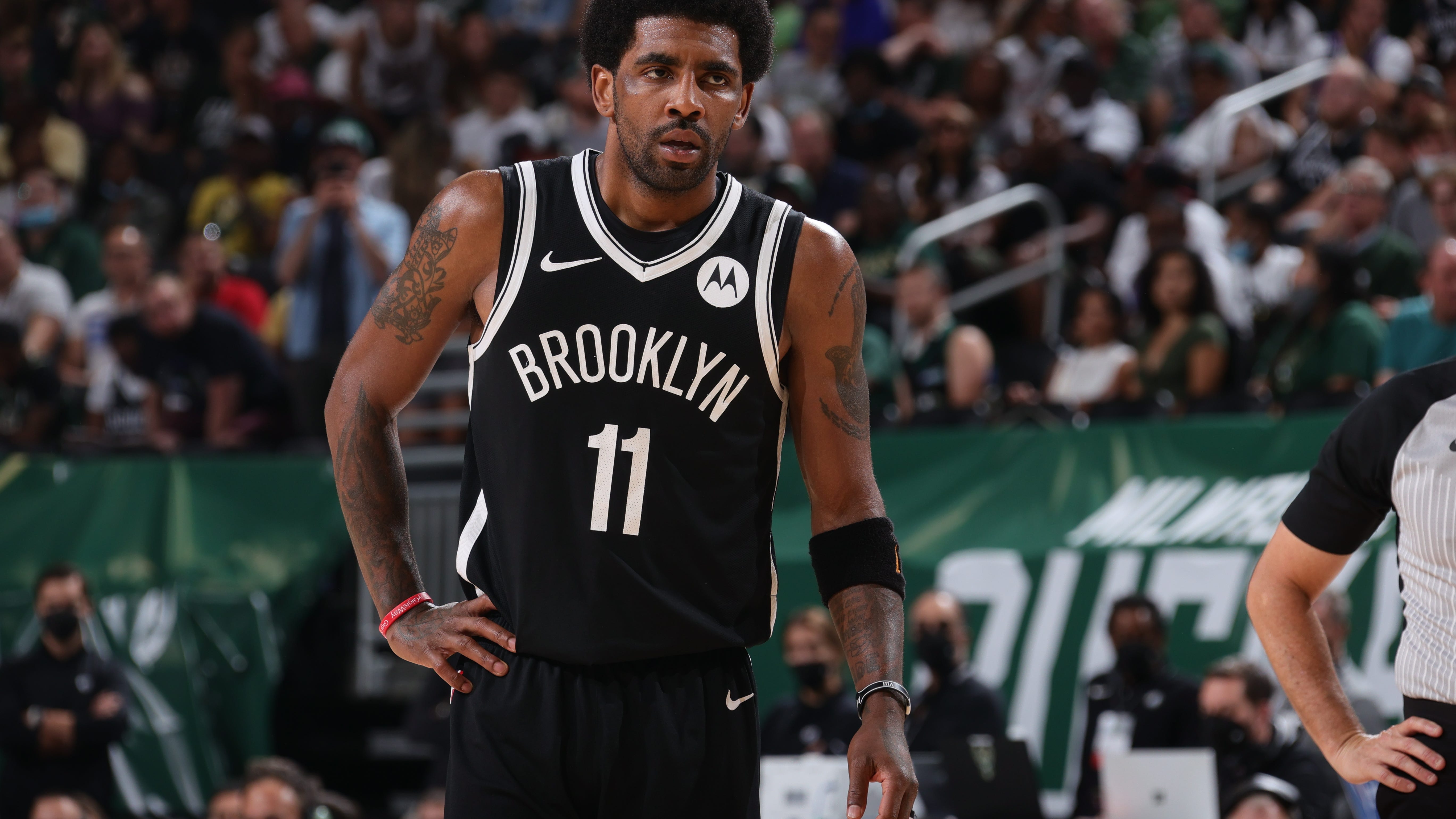 Report: Nets preparing to be without Kyrie Irving for rest of Bucks series

According to ESPN Stats and Info, the Nets are 3-0 when Harden and Durant, but not Irving, played during the 2020-21 season, including in a victory over the Bucks in January.