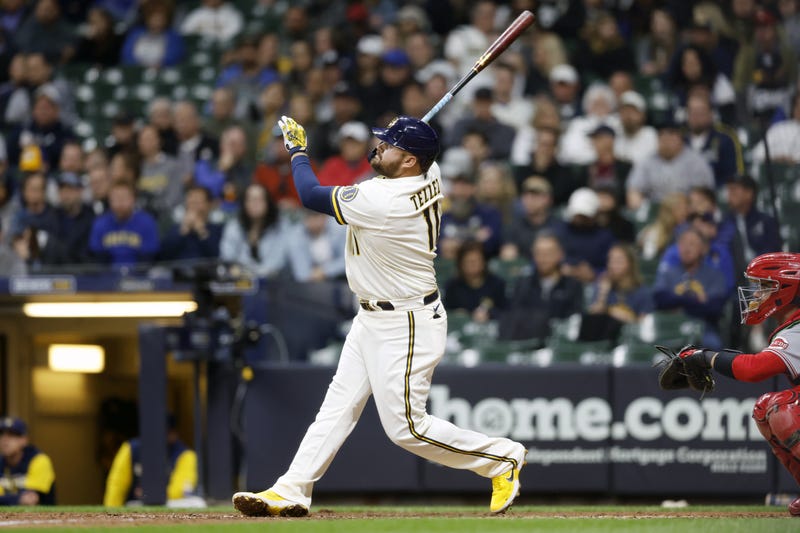 The Milwaukee Brewers crushed the baseball against the Cincinnati Reds on Wednesday night. The Brewers put up 18 runs on 17 hits including three home runs. Two of those home runs came from 1B Rowdy Tellez, who set a Brewers franchise record with 8 RBIs.

With the game tied 2-2 in the bottom of the third inning, Rowdy Tellez came to the plate with the bases loaded. Reds SP Vladimir Gutierrez missed with a fastball down the middle, and Tellez didn't miss any of it.

Tellez hits it 453 feet for our second grand slam of the season AND the lead!#ThisIsMyCrew pic.twitter.com/Yx7C762nnJ

Rowdy Tellez wasn't done after his grand slam in the 3rd inning. He came to the plate in the 6th with Andrew McCutchen on first base and sent one into the 2nd deck in right field at American Family Field.

Tellez came to the plate with the bases loaded again in the 8th inning with a position player on the mound. SS Matt Reynolds served up an inside pitch that Tellez just missed having his 2nd grand slam of the game by a few feet. The pitch banged off the right field wall for a double to score two runs and set a Brewers single-game RBI record.