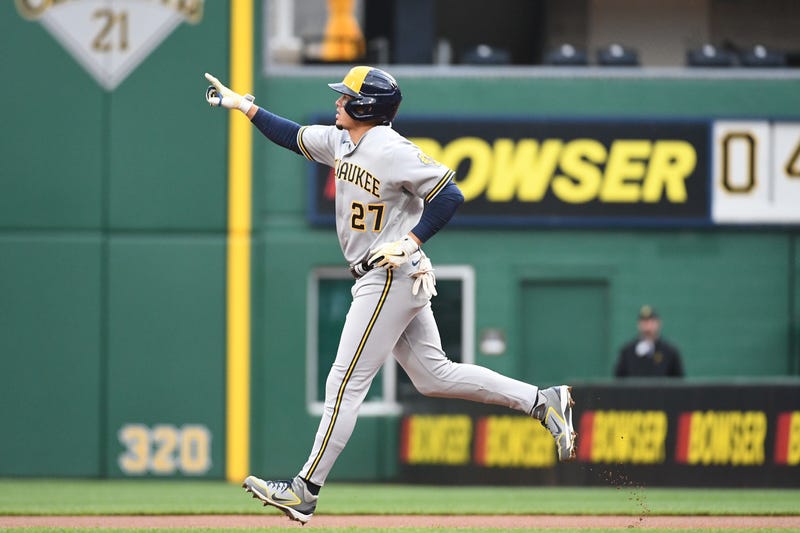 The Milwaukee Brewers finally saw the bats explode on Tuesday night. The Brewers headed back to Pennsylvania after playing in Philadelphia on Sunday, Milwaukee on Monday, and Pittsburgh Tuesday. The odd schedule didn't slow the Brewers offense on Tuesday.

Willy Adames had his 4th-career 4 hit game on Tuesday, all coming in a Brewers uniform. Adames had struggled a bit to begin the season, but after hitting a HR in his final at-bat on Monday, Adames followed it up with 2 HRs on Tuesday. It was the first multi-HR of Adames' career and his 7 RBI on Tuesday were also a career high.

Adames' career night led the Brewers to a 12-8 victory over the Pittsburgh Pirates. The Brewers will stay in Pittsburgh for two more before heading home to face the Cubs and the Reds.

Hear what "The Franchise" Tim Allen had to say after Willy Adames' 4-hit night in Pittsburgh: