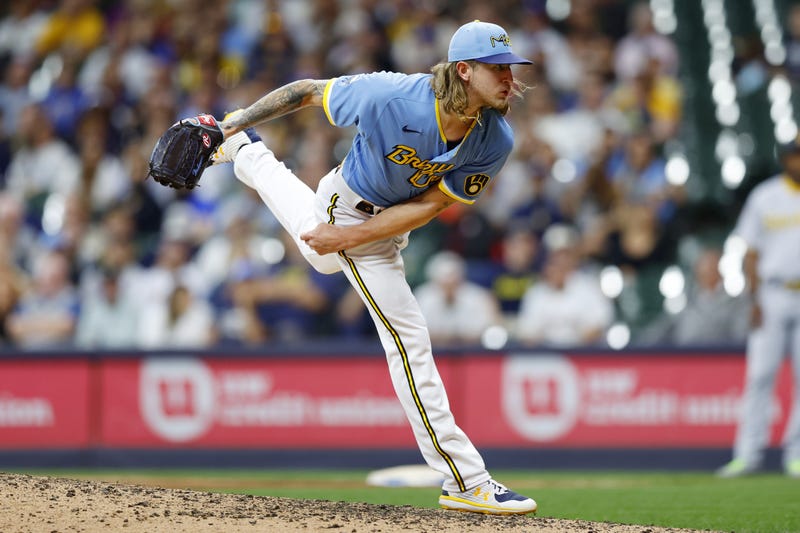 The Milwaukee Brewers are in a bit of an interesting situation as we enter the final week before the All-Star Break.

At 48-39, they lead the NL Central by two and a half games over the St. Louis Cardinals despite winning just four of their last 10 games. They are without one of their primary arms Freddy Peralta for at least another month. Additionally, and to the chagrin of many fans, the offense still has not been able to get things going consistently.

Wendy's Big Show host Steve "Sparky" Fifer is on record saying that every member of the team should be considered in possible trade packages ahead of the August 2nd deadline except for defending Cy Young-winner Corbin Burnes. That would include Josh Hader, a fellow 2022 All-Star with Burnes and one of the best closers in the game.

Our Audacy MLB Insider Bob Nightengale tweeted earlier this morning about the possibility the Brewers would be willing to listen to offers concerning a trade of Hader. What would have to be offered for the team to consider severing ties with a staple of the franchise's bullpen for the last few years? You can hear the full conversation below: