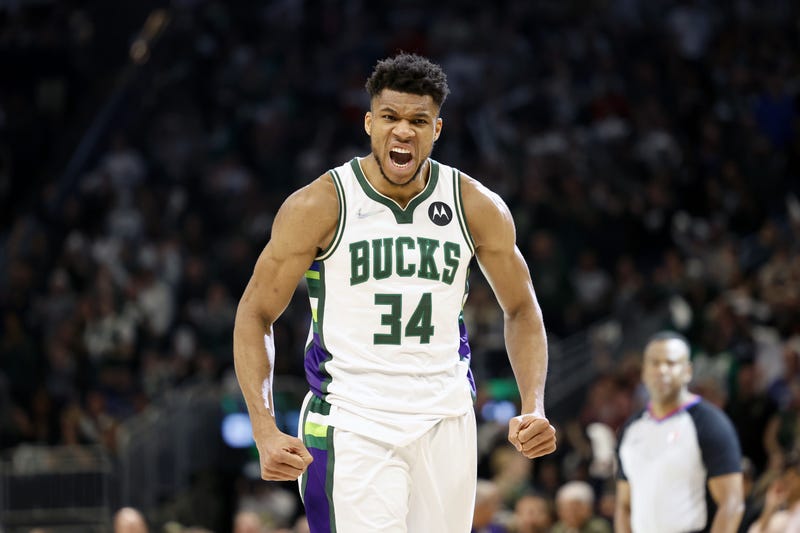 The Milwaukee Bucks and Boston Celtics came back from the long layoff after Game 2 on Saturday afternoon for Game 3 at Fiserv Forum.

The Bucks came out with a new starting lineup. Since Khris Middleton has been out, the Bucks had gone with a starting lineup of Jrue Holiday, Wesley Matthews, Giannis Antetokounmpo, Bobby Portis and Brook Lopez. Coach Budenholzer decided to go with a smaller lineup for Game 3, and Grayson Allen got the start for Bobby Portis.

Foul trouble became an early storyline for the Bucks. Giannis Antetokounmpo, Grayson Allen and Brook Lopez all went into halftime with 3 fouls each. Both teams struggled shooting the basketball in the first half. Only one player was in double figures for the Celtics: Jaylen Brown. Giannis had a strong first half for the Bucks scoring 20 points on 8-14 shooting. Despite Giannis' efforts, the Celtics took a 50-46 lead into halftime.

Brook Lopez and Grayson Allen each picked up their 4th foul within the first few minutes in the 2nd half. Despite their foul trouble, the Bucks found a rhythm on offense and outscored the Celtics in the 3rd quarter 34-17. Giannis Antetokounmpo led the way with 11 points in the quarter and continued to show why many consider him the best player in the game.

The Boston Celtics came all the way back in the 4th quarter to take the lead with just under 2 minutes left. Giannis Antetokounmpo gave the Bucks the lead again with 44 seconds remaining, and Jrue Holiday extended the lead to 3 with 11.2 seconds left. Marcus Smart was able to draw a foul on the ensuing possession with 4.6 seconds on the clock. Smart made the first free throw, and purposely missed the second. The Celtics got multiple attempts at a tip in, but Al Horford's tip-in to tie the game came just after the buzzer sounded which game the Bucks the 103-101 victory in Game 3.

Giannis Antetokounmpo dominated with 42 points, 12 rebounds and 8 assists. Jrue Holiday had 25 points, and Brook Lopez had 13. Jaylen Brown led the Celtics with 27 points followed by Al Horford's 22. Jayson Tatum couldn't get anything going. He finished 4-19 from the field for 10 points.

The Bucks will take 2-1 series lead over the Celtics into Game 4 at Fiserv Forum. Tip-off is set for 6:30 PM on Monday night. For the Best Bucks Coverage, keep it tuned to 1250 AM The Fan all playoffs long!