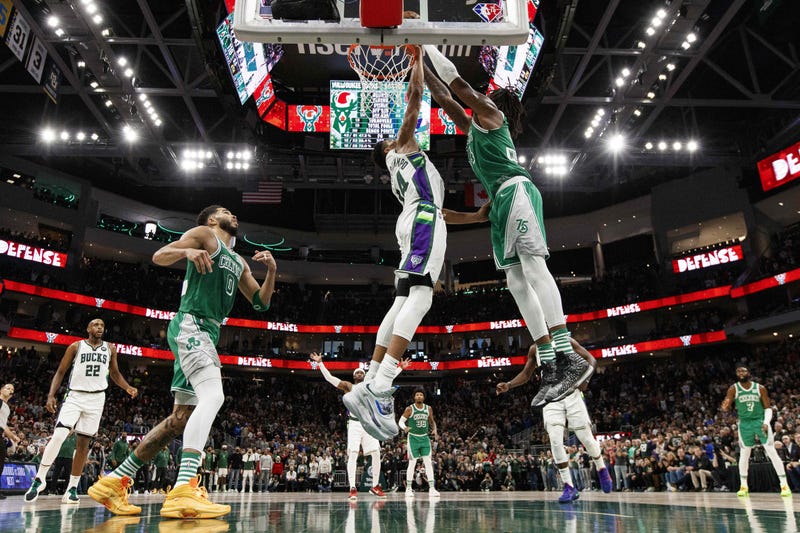 Esteemed British novelist Charles Dickens of course penned the 1843 classic A Christmas Carol, but also crafted 1859's A Tale of Two Cities. And on this Christmas Day, the Milwaukee Bucks played a "Game of Two Halves" against the Boston Celtics.

The defending champs found themselves down 15 after an at-times lackluster half of basketball. But perhaps head coach Mike Budenholzer had some kind of rousing speech at halftime (unlikely, but who knows?) because the Bucks scored 43 in the third and then closed the gap for good in the fourth quarter of a 117-113 win.

Giannis Antetokounmpo was unsurprisingly a factor in the comeback with a 36 point, 12 rebound double-double in his comeback from the COVID-19/reserve list. It was also the first time in a few moons that the Buck's Big Three were on the floor all at the same time, with Khris Middleton and Jrue Holiday contributing 17 each and Bobby Portis scoring 16 off the bench.

Additionally, today finally saw Donte DiVincenzo take the floor for the first time this season; he had a pedestrian day with just one three in 16 minutes of action, but his presence was a welcome sight for the 17,341 fans gathered at Fiserv Forum today.

For the Celtics, Jayson Tatum led scoring with 25 points on 7-20 shooting, a decent total but a far cry from the 42 he had the last time these two met on December 13th.

Milwaukee improves to 22-13 and currently sits third in the Eastern Conference. They'll have a few days off before returning Tuesday in Orlando.