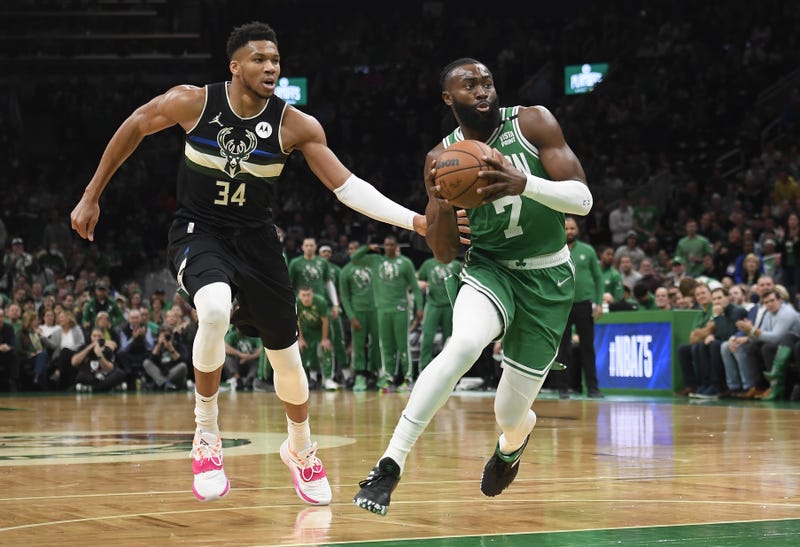 Boston came out of the gates hot, and Milwaukee came out ice cold. While Jaylen Brown shot the lights out, the Bucks couldn't buy a bucket. The Bucks started the game 1-11 from the field, and it took nearly three and a half minutes to get their first points of the night.

Giannis Antetokounmpo struggled heavily in the first half, scoring only 5 points on 2-12 shooting. The Celtics did a much better job of staying home on the Bucks' shooters and making things difficult on Giannis in the paint. Jaylen Brown was on fire in the first half, scoring 25 points while only missing one shot and going 5-5 from behind the arc. The Celtics took a 65-40 lead into the halftime break.

Giannis Antetokounmpo bested his first half scoring total early in the 3rd quarter. He looked much sharper and scored 18 points in the 3rd, but despite his efforts, the Bucks were still down 17 going into the 4th quarter.

The Bucks were able to cut the lead down to 12 with just over 4 minutes left in the game, but that's the closest it ever got. The Celtics evened the series at a game apiece after winning Game 2 109-86.

The Celtics shot much better from behind the arc in Game 2 led by Jaylen Brown (6-10) and Jayson Tatum (5-10). Brown and Tatum scored 30 points and 29 points respectively. Grant Williams gave the Celtics 21 points off the bench. The Bucks were led by Giannis Antetokounmpo with 28 points. Jrue Holiday finished with 19 points and Bobby Portis and Pat Connaughton both had 13.

The series now shifts to Milwaukee for Games 3 & 4. The Bucks and Celtics will take the floor for Game 3 on Saturday at 2:30 PM at Fiserv Forum. For the Best Bucks Coverage, keep it tuned to 1250 AM The Fan all playoffs long!