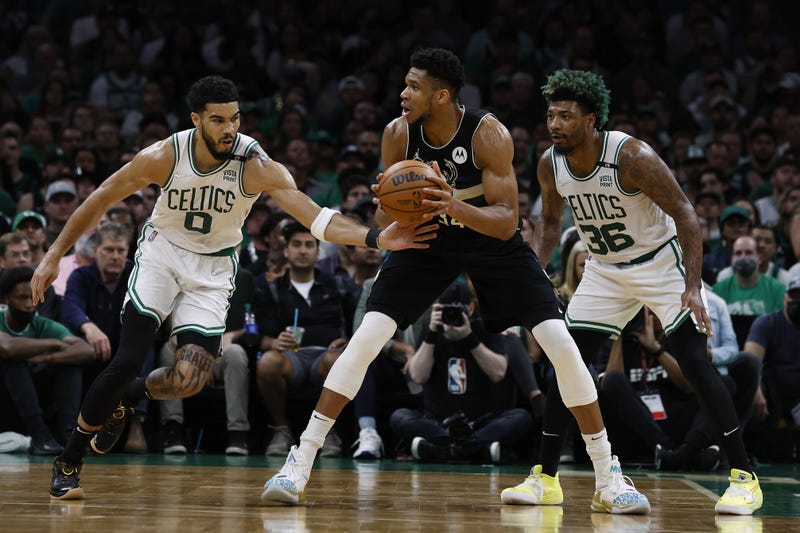 It's the best two words in all of sports: Game 7! The Milwaukee Bucks and Boston Celtics played for their playoff lives on Sunday afternoon in Boston. After failing to close out the series in Milwaukee, could the Bucks head back to Boston and win Game 7 in hostile territory? The answer was no on Sunday as the Bucks fell to the Celtics 109-81 to finish their season.

Early on, the Bucks looked to find a rhythm on offense by using Giannis Antetokounmpo as a playmaker. He got early buckets for Wesley Matthews and Jrue Holiday to get the rest of the team involved. There wasn't much the Celtics could do to stop Giannis as a scorer and playmaker in the 1st quarter as he finished the quarter with 10 points, 8 rebounds and 6 assists.

The momentum shifted to Boston in the 2nd quarter, as they got it going behind Jayson Tatum. The Bucks struggled from behind the arc shooting only 3-19 from three in the first half. The Celtics took a 48-43 lead into the halftime break.

The Celtics took off in the second half. Even with Jayson Tatum heading to the bench only 5 minutes into the 3rd quarter, the Celtics ballooned their lead up to 15 heading into the final period.

Milwaukee's strategy of leaving Grant Williams open to shoot from deep ended up costing them. He scored 27 points including 7 three-pointers. He led all scorers, and Boston's shooting was the difference in the game. The Bucks struggled from deep all series long and it ultimately cost them the series.

Giannis Antetokounmpo had another solid game. He finished with 25 points, 20 rebounds and 9 assists. He never got much help from the rest of the team. Holiday finished the game with 21 points; Brook Lopez had 15 and Bobby Portis had 10.

The Milwaukee Bucks title defense ends on a disappointing note, but Giannis Antetokounmpo will return next season more motivated to return to the NBA Finals.