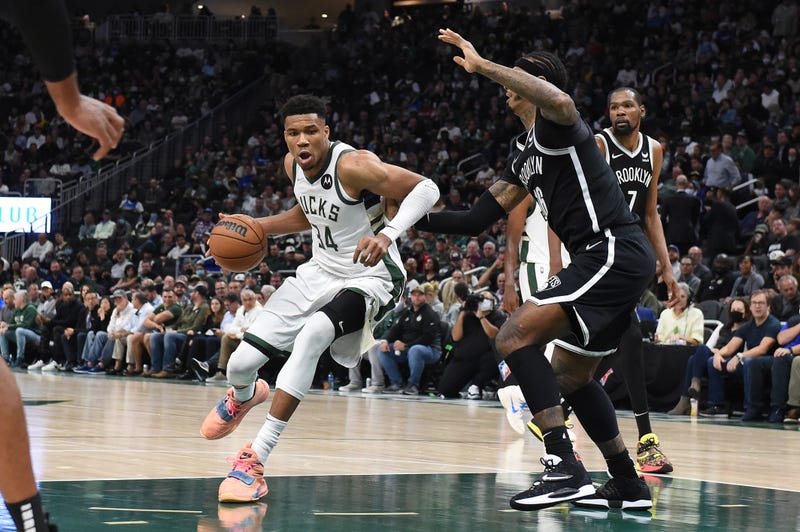 The Milwaukee Bucks opened their season against the Brooklyn Nets at Fiserv Forum. Prior to the opening tip, the Bucks received their championship rings and unveiled the 2021 championship banner.

The opening matchup of the NBA season was a good one. The title favorite Brooklyn Nets came to Milwaukee to take on the reigning champs who were able to bounce them in the second round of the NBA Playoffs.

The Bucks came out of half leading by 7 and they increased that lead to 12 by the end of the 3rd quarter. The Bucks lost Jrue Holiday for the game after he suffered a heel contusion late in the 2nd quarter. In Holiday's absence, Giannis Antetokounmpo and Khris Middleton each chipped in 7 points in the 3rd quarter to keep the Bucks on track.

Giannis Antetokounmpo finished the night with 32 points, 14 rebounds and 7 assists. Khris Middleton and Pat Connaughton both chipped in 20 points, while second-year player Jordan Nwora gave a solid 15 points off the bench. Nwora's opening night performance is giving many Bucks fans hope that they got a steal in 2nd round of the 2020 NBA Draft.

The Milwaukee Bucks will head to Miami to take on the Heat on Thursday.
Tip-off: 7:00 PM