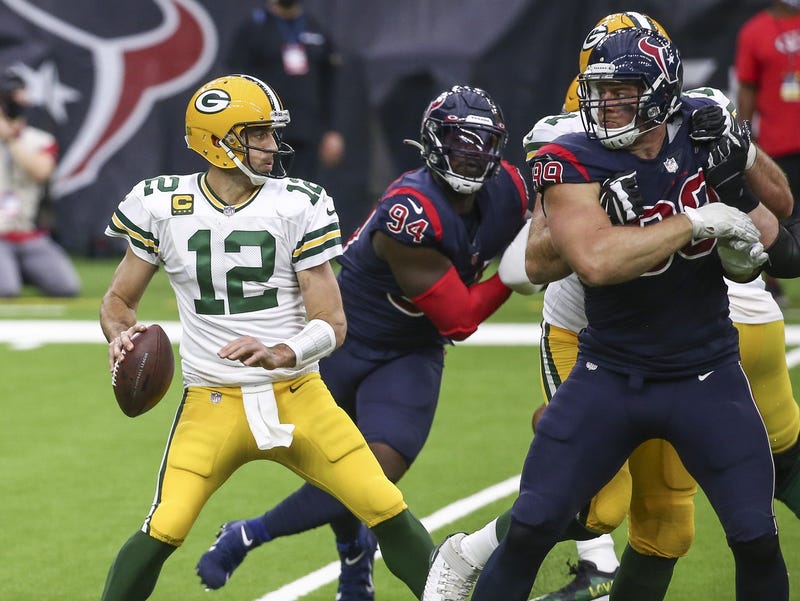 The Packers got off to a hot start as they took the opening drive 75 yards for a touchdown. Davante Adams caught his first touchdown pass of the day on the first drive on a 3-yard pass from Aaron Rodgers. Adams had a career day catching the football as he hauled in 13 receptions on 16 targets for 196 yards and two touchdowns.

Aaron Rodgers bounced back from his two interception game last week against Tampa Bay by throwing 283 yards and four touchdowns. Rodgers was 23 of 34 on his passes to finish with a passer rating of 132.4.

With Aaron Jones out, Jamal Williams was the workhorse for the Packers against the Texans. Williams had 19 carries for 77 yards and a touchdown. He also hauled in four receptions on five targets for 37 yards.

The Packers will return home to Green Bay to face the Minnesota Vikings next Sunday at Noon. Check out the Green & Gold Postgame Show with Bill Michaels and former Packers’ running back, Gary Ellerson, below!