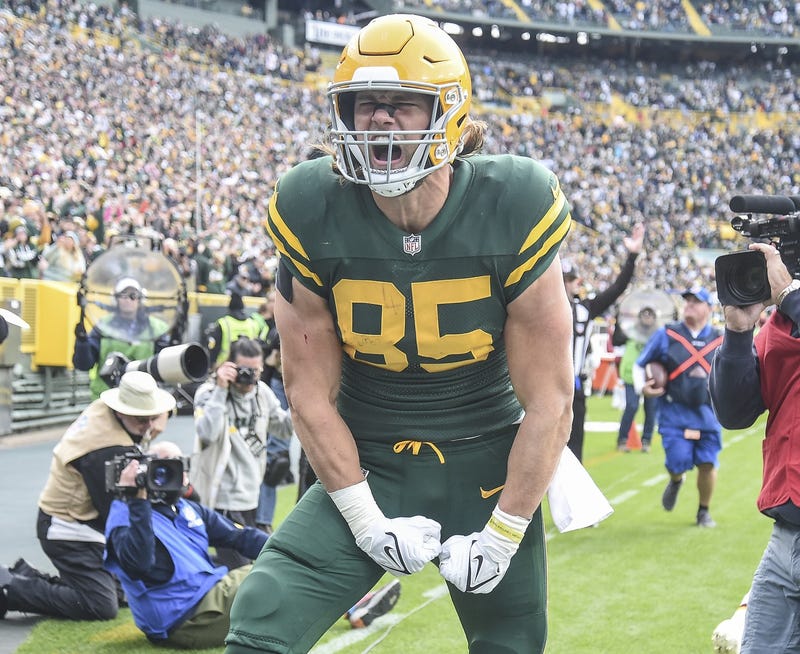 Green Bay, WI - It was largely a case of 'bend don't break' on the defensive side of the ball as the Green Bay Packers defense allowed just three points on four different red zone trips for the Washington Football Team. The WFT had several opportunities to get the game closer than it was but turnovers and overturned scores, kept the lead mostly comfortable for the Packers, as they would hold on for a 24-10 victory.

With the running game almost non-existent, Aaron Rodgers led the way for the Green Bay offense throwing for three touchdowns, including one to TE Robert Tonyan on National Tight Ends Day for his first trip to the end zone in 2021.

With the win, the Packers have won six straight and go to 6-1 on the year before a showdown with the Arizona Cardinals in the desert on Thursday night. Check out the Green & Gold Post Game Show with Steve "Sparky" Fifer and Gary Ellerson below: