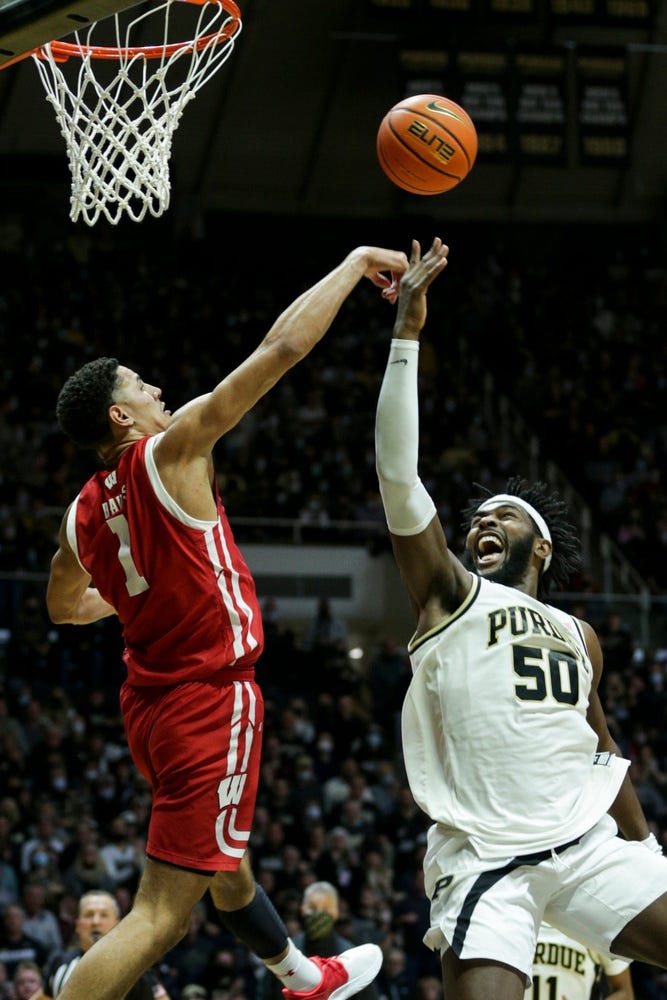 Lost amidst all our Packers talk these last few weeks, the Wisconsin Badger men's basketball team has slowly snuck into the Top 25 this season. Heading into Mackey Arena last night, the team was just a statement win away from returning to daily conversation for Wisconsin sports fans.

Additionally sophomore guard Johnny Davis, while very much a recognizable face for local fans, has been itching to have his breakout game this season.

Both to-do list items were checked off last night.

Davis shot 13-for-24 for 37 points, and led the team in rebounds, assists, blocks, and steals in guiding #23 Wisconsin to a 74-69 upset win over #3 Purdue. At times, 7'4" Toronto-native center Zach Edey gave the Badgers issues inside with a 24 point night, but no player on the Boilermaker roster was stopping Davis last night.

Johnny's average scoring output per night has been on the rise steadily all season; he's put up 25, 23, 24, and 20 point performances heading into last night's 37 pointer, and is just a tick under 20 PPG for the year.

The win moves Wisconsin to 11-2 with a couple of intriguing Big Ten games coming up Sunday at Maryland and next week Thursday against currently #13 Ohio State at the Kohl Center.