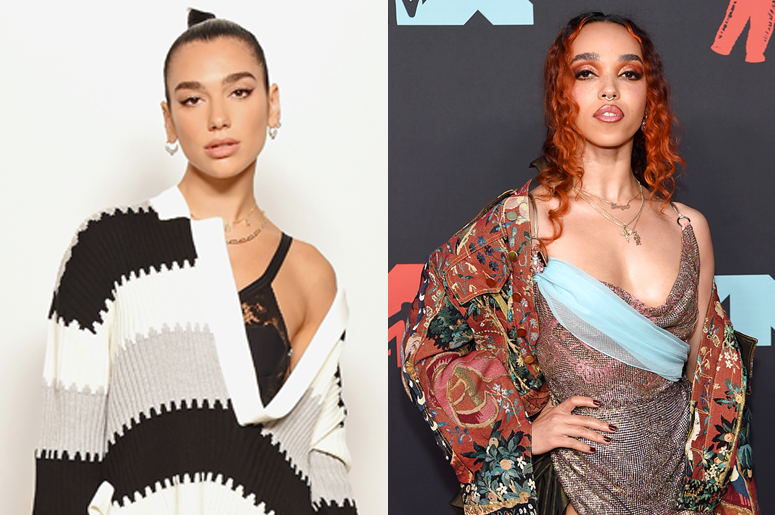 As Studio 2054, the "kaleidoscopic rocket-fueled journey through time and space” rapidly approaches (seriously though, it’s only 10 days away), Dua Lipa has begun making those guest list announcements she teased us she would.

Just last week during our RADIO.COM Check In, Dua confirmed her first guest, saying Angèle, her collaborator on her latest single “Fever,” will be in attendance. She then teased that the rest of the guest announcements would be coming soon.

Well ladies and gents, it’s officially soon, because guest number two has been released and we are screaming. Dua took to Instagram to let us know that she is “so excited to announce” that FKA Twigs would be joining her for Studio 2054 with “a very special performance!!!” Adding, “yaaaa don’t wanna miss this s***,” (however she used a few more i’s).

Oh, no worries Dua, we don’t plan on missing a thing. Actually, we plan to be buckled in and ready for the rocket-fueled ride you’ve promised and are guaranteed to deliver.

In addition to newly announced Twigs and previously announced Angèle, Dua still has lots of other superstar guests to announce, that will surely be revealed in due time, or should we say Dua time. Can’t wait to see who else will be joining the ride.

WATCH MORE: 5 Things You Should Know About Dua Lipa