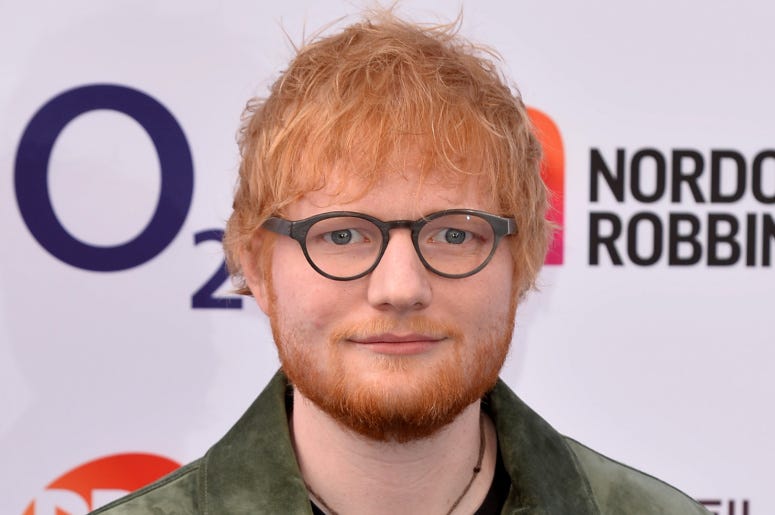 On Instagram, Ed posted a photo of a chocolate cake with a pirate face on it, resting on a pirate-themed tablecloth decorated with fake gold coins. Sitting next to the cake on the tablecloth is a photo of little Ed at age three, dressed like a pirate, complete with a fake sword.

"30 today. Thank you for all your wonderful messages, I feel very loved," he wrote. "Currently dressed the same as I was on my 3rd birthday about to chow down on Colin the pirate caterpillar, poor bloke."

He added, "I’ll be back online with the 4th installment in the series later this year, until then xx."

It's assumed that Ed's reference to the "fourth installment" means that he'll be releasing the next official album in his series of mathematically titled studio releases, which include 2011's + (Plus), 2014's X (Multiply) and 2017's ÷ (Divide).

Ed's most recent album was 2019's No.6 Collaborations Project; he released a new single called "Afterglow" this past December.