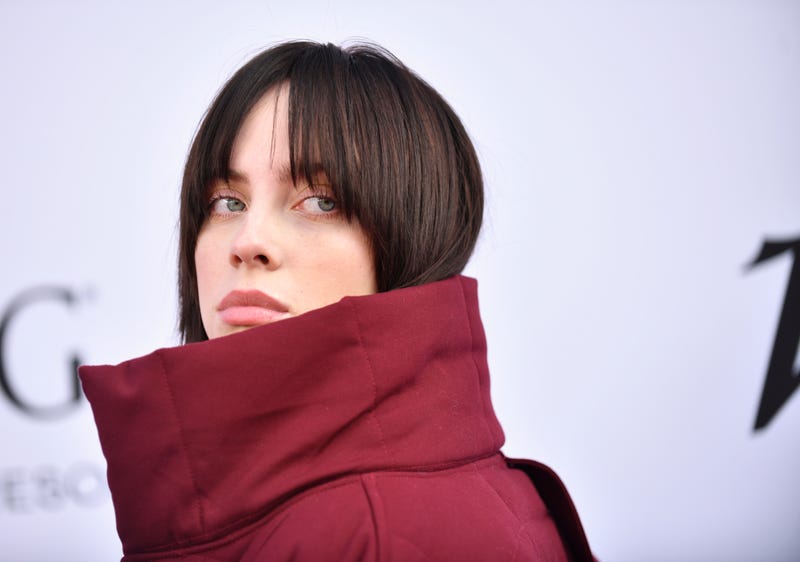 Billie Eilish may be a global icon, with numerous GRAMMYS under her belt, but for some reason the Happier Than Ever artist’s name is among the most mispronounced names, words and phrases in 2021.

From "Bad Guy" to "Happier Than Ever," keep all your favorite Eilish tracks at your fingertips with Billie Eilish Radio, now playing on the Audacy app.

A new study has found that Eilish’s full name is one of the most mispronounced phrases by US broadcasters this year. In a new report from the US Captioning Company, shared via The Guadian, it was announced that “Eilish” has specifically been troubling for people to pronounce, along with the words “Dogecoin,” “Yassify,” “Cheugy,” “Glasgow” and the new COVID-19 variant called “Omicron.”

Listen to your favorite music now on Audacy and check out the latest merch and Happier Than Ever tour tickets from Billie Eilish.

While people may not be getting Eilish’s name right, the globally beloved hitmaker has been busy giving fans new content to support her sophomore album, Happier Than Ever. The singer just released a music video for her track “Male Fantasy,” making it Billie’s sixth self-directed video to coincide with her record. Additionally, Billie just earned a GRAMMY nomination for Album Of The Year, and will be taking Happier Than Ever on a world tour starting in 2022.