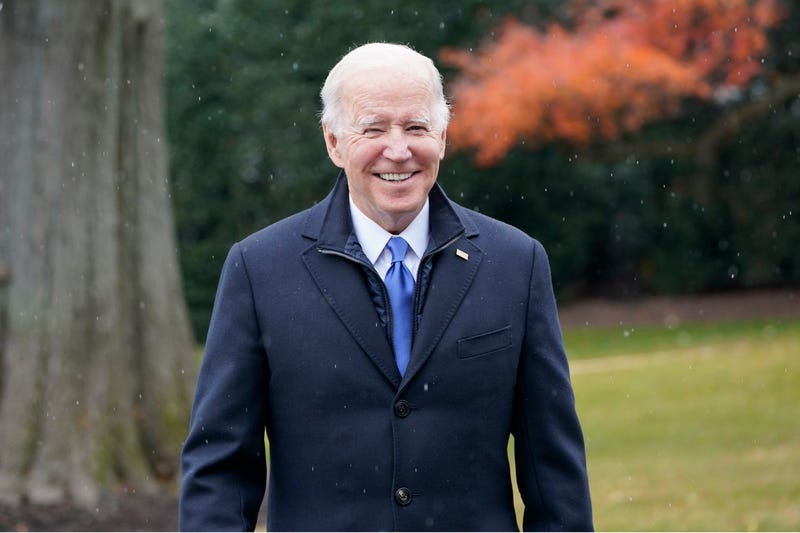 WASHINGTON (AP) — President Joe Biden on Wednesday signed an executive order to make the federal government carbon-neutral by 2050, aiming for a 65% reduction in planet-warming greenhouse gas emissions by 2030 and an all-electric fleet of car and trucks five years later.

The White House said the order shows how the government will “leverage its scale and procurement power to lead by example in tackling the climate crisis." The order will reduce emissions across federal operations, as part of a government-wide effort to confront climate change.

"As the single largest land owner, energy consumer and employer in the nation, the federal government can catalyze private-sector investment and expand the economy and American industry by transforming how we build, buy and manage electricity, vehicles, buildings and other operations to be clean and sustainable,'' the order said.

It directs that government buildings use 100% carbon pollution-free electricity by 2030; that the U.S. fleet of cars and trucks become all-electric by 2035; and that federal contracts for goods and services be carbon-free by 2050.

Government buildings should be carbon-free by 2045, including a 50% emissions cut by 2032, Biden said.

The executive action is a part of Biden's commitment to support the growth of clean energy and clean technology industries, while accelerating U.S. progress toward achieving a carbon pollution-free electricity sector by 2035, the White House said in a statement.

Through the executive order, the government will transform its portfolio of 300,000 buildings, fleet of 600,000 cars and trucks and annual purchasing power of $650 billion in goods and services to achieve net-zero emissions over the next three decades, the White House said.

"The United States government will lead by example to provide a strong foundation for American businesses to compete and win globally in the clean energy economy while creating well-paying, union jobs at home,'' the statement said.

Environmental groups generally hailed the order as a positive step, although some questioned the 30-year time frame to achieve net-zero emissions.

“We’re pleased to see the U.S. federal government, which is the largest electricity purchaser in the nation, focus on fully decarbonizing electricity (and) investing in solutions that will work across our grid every hour of every day,'' Griffith said.

But to Bill Snape, a lawyer at the Center for Biological Diversity, another environmental group, “2050 is an extremely weak goal for the federal government to free itself from climate-heating pollution.”

The order “ignores existing technology” and adds decades to a commitment by the General Services Administration, which oversees government purchasing and real estate, to move to 100% renewable energy by 2025, Snape said.

“This is like a teenager promising to clean their room in 30 years. We need action now,'' he said.

The White House said the order should make federal agencies more resilient to the effects of climate change and increase the sustainability of supply chains, lessening future disruptions of and damage to federal operations, assets and programs.

On electricity, the White House said the government will work with utilities, developers, technology companies, financiers others to purchase electricity produced from sources that generate no carbon emissions, including solar and wind, for all its operations by 2030.