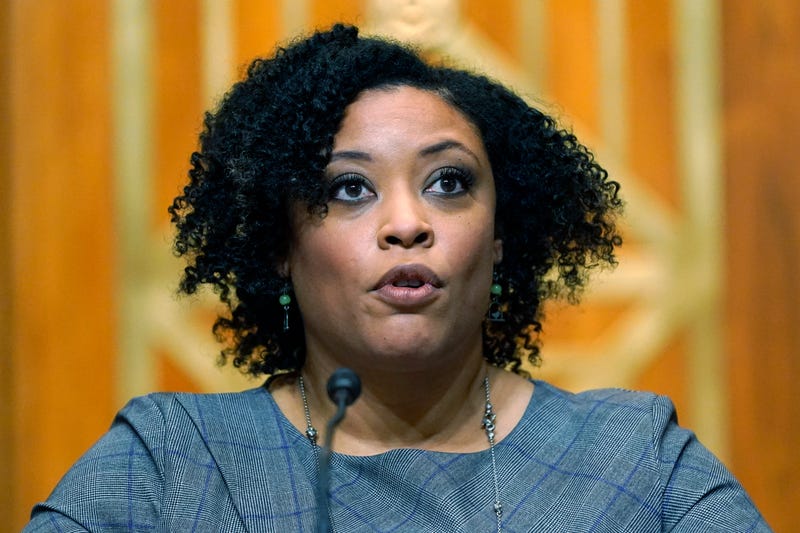 NANTUCKET, Mass. (AP) — Two women of color are President Joe Biden’s picks to lead the White House budget office, a milestone for the powerful agency after his first choice withdrew following criticism over her previous attacks on lawmakers from both parties.

If confirmed by the Senate, Shalanda Young would become the first Black woman in charge of the Office of Management and Budget, while Nani Coloretti, a Filipino American, would serve as Young’s deputy, making Coloretti one of the highest-ranking Asian Americans in government.

“Today it’s my honor to nominate two extraordinary, history-making women to lead the Office of Management and Budget,” Biden said in a video announcement released Wednesday while he spends the Thanksgiving holiday on Nantucket island in Massachusetts.

“She has continued to impress me, and congressional leaders as well,” Biden said of Young, who has been acting director for most of the year. Biden turned to Young after his first nominee for budget director, Neera Tanden, came under bipartisan criticism.

Sen. Joe Manchin, a West Virginia Democrat who has become a pivotal vote for Biden's agenda in a chamber split 50-50, was the first Democrat to oppose Tanden's nomination and, lacking the necessary votes, she ultimately withdrew from consideration.

Biden later gave Tanden a job in the White House, where she is staff secretary and a senior presidential adviser.

Young faces a Senate confirmation vote, though it was not immediately clear how soon it would be scheduled. But she was confirmed as deputy director in March on a 63-37 vote, with backing from more than a dozen Republicans.

Young, who previously was staff director for the House Appropriations Committee, also has support from top Democratic leaders, including House Speaker Nancy Pelosi.

Pelosi, in a statement issued Wednesday, said Young’s nomination is “well-deserved.” Other Democratic lawmakers expressed support for Young on Twitter.

Sen. Chris Van Hollen, D-Md., a member of the Budget Committee, which will vote first on the nominations, tweeted that Young's “leadership is just what we need to implement a federal budget that prioritizes the American people.”

In Congress, Young oversaw $1.3 trillion in annual appropriations bills, disaster aid and COVID-19-related spending. The head of the Office of Management and Budget is tasked with putting together the president’s annual budget for Congress and overseeing a wide range of logistical and regulatory issues across the federal government.

Coloretti would rejoin the federal government from her current post at the Urban Institute think tank, where she is senior vice president overseeing financial and business strategy.

Her prior federal government service includes deputy secretary at the Department of Housing and Urban Development, assistant secretary for management at the Treasury Department and acting chief operating officer at the Consumer Financial Protection Bureau.

Biden said Young and Coloretti are “two of the most experienced, qualified people to lead” the budget office and called on the Senate to vote quickly to confirm them.