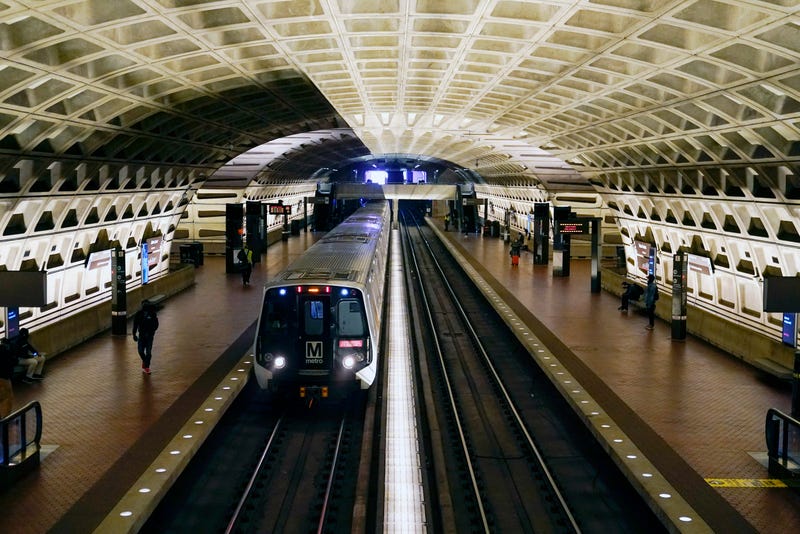 “If you are a transit agency operating in the United States and you’re listening, make sure you are checking your cars as well,” she said.

Homendy said the rail system had been aware of the problem since 2017, but hadn’t informed the NTSB about it. There were 39 such failures this year alone.

Paul J. Wiedefeld, general manager of the Washington Metropolitan Area Transit Authority, which oversees the regional D.C. transport system, apologized to riders for the disruption and said the cars would remain out of action through at least Sunday and possibly longer.

“I want to assure our customers that their safety is driving every decision being made,” Wiedefeld said in a statement, adding that his agency would “continue working hand-in-hand with the NTSB.”

WMATA said it had been working with Kawasaki to resolve the problem since 2017 but provided no details.

The company did not respond to an email or phone request for comment.

The wheel issue is being blamed for a incident last week in which a train car slipped off the tracks on the Metro's Blue Line near Arlington National Cemetery. Homendy said the car had apparently derailed once and then re-connected with the rails by itself, before derailing a second time. Some passengers were trapped in a tunnel in a dark train car and had to be evacuated on foot.

The safety ruling had already snarled commutes across the nation's capital and the intertwined communities of northern Virginia and southern Maryland. Passengers on social media reported widespread delays with commuters waiting up to 45 minutes between trains and crowding chaotically into whatever space was available.

The problem comes as WMATA is working to attract more riders, after ridership numbers plummeted due to the COVID-19 pandemic. Overall rider numbers remain at about 30% of pre-pandemic levels but are expected to increase steadily as offices reopen and tourists return to Washington.

Kawasaki also supplies trains to the Metropolitan Transit Authority in New York City, among other systems. An MTA spokesman said the Kawasaki trains used in New York are a different model than those used in Washington. The spokesman, Eugene Resnick, said his agency would “continue to work with Kawasaki to maximize safety and closely monitor the results of the NTSB and D.C. Metro investigations.”

Chicago uses a set of train cars also labeled the 7000 series, but a statement from the Chicago Transit Authority said the cars are made by a different manufacturer and there are no plans to take them out of service.

Atlanta's commuter rail system plans to "check a percentage of railcars to look for similar anomalies out of an abundance of caution,” said spokeswoman Stephany Fisher.

But the Atlanta system doesn't use Kawasaki trains, and Fisher said no suspensions or schedule disruptions are expected.

The incident promises to shine a potentially harsh light on WMATA, the regional transit authority which suffered a string of embarrassing and dangerous derailments and track fires, several years ago but claimed to have addressed its issues.

The rail cars have been in service in the Washington area since 2015.

Homendy said minor incidents with the wheels on the Kawasaki 7000 cars had been escalating since 2017. She said WMATA was aware of 18 such failures in 2021, and the current round of emergency inspections revealed an additional 21 failures. Homendy said the inspections were ongoing and “that number could go up” in the coming days.