The 2020 NFL Draft class appears as though it could have three top-end starting quarterbacks in it.

No. 1 overall pick Joe Burrow, despite playing behind a porous offensive line, is the favorite to win the NFL's Offensive Rookie of the Year Award. Burrow's Bengals are 2-6-1, with four of their six losses by five points or less. He's tossed 12 touchdowns to just five interceptions, and has brought the same it factor that allowed LSU to go on a historic National Championship run a season ago to an NFL franchise that desperately needed it.

Not to be outdone, Justin Herbert, the No. 6 overall pick, has been excellent in his own right. Herbert was unexpectedly forced into starting in Week 2, and hasn't looked back. He's tossed 19 touchdowns to six interceptions, flashing elite arm talent. Herbert has also rushed for over 200 yards. An organizational problem that he inherited - an inability to win close games in the fourth quarter - hasn't subsided. The Chargers are 1-7 in games that Herbert has started, with all seven losses coming by a touchdown or less. While the close losses may cost Anthony Lynn his job, Herbert has shown enough to make you believe that he may be the most physically talented quarterback in the class.

Finally, No. 5 overall pick Tua Tagovailoa didn't get to start until Week 8, but he's won all three of his first NFL starts, including last weekend against Herbert's Chargers. Of the three, Tagovailoa clearly is part of the best team, but it's hard to argue with three wins and zero turnovers in your first three NFL starts.

2020 could be viewed as a historic quarterback class, and the crazy thing is that 2021 has a chance to be even better.

With more than half of the 2020 NFL season in the books, let's take a look at a top-10 mock for the 2021 NFL Draft, including four quarterbacks: 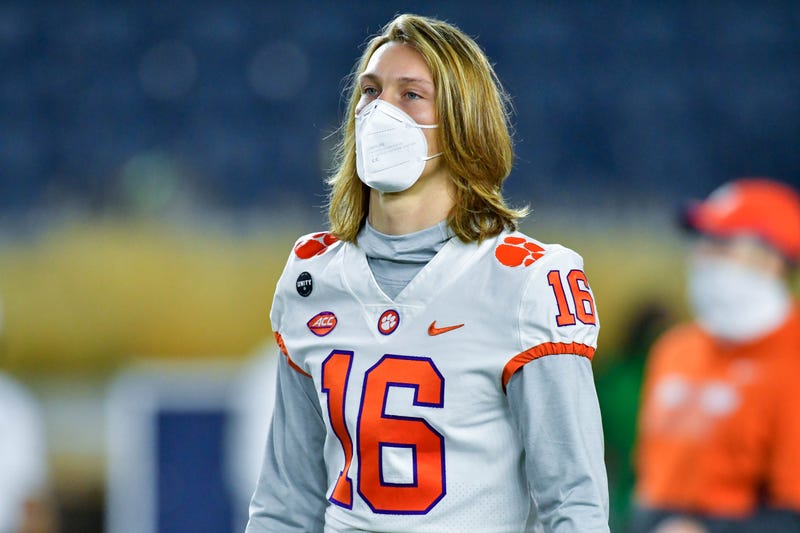 Trevor Lawrence is expected to be the No. 1 pick. Photo credit (Matt Cashore/USA Today)

If Lawrence had been eligible to enter the draft last year, he would have been the No. 1 pick. Even if you gave the Jets - or any other franchise - the chance to have any of Burrow, Tagovailoa or Herbert, they'd still take Lawrence. The best quarterback prospect since Andrew Luck, Lawrence has the chance to be a franchise-altering selection. Because of the Jamal Adams trade, Jets' general manager Joe Douglas already has a treasure chest of draft picks, one he'll be able to add to this offseason with the trade of Sam Darnold, which feels inevitable at this stage. 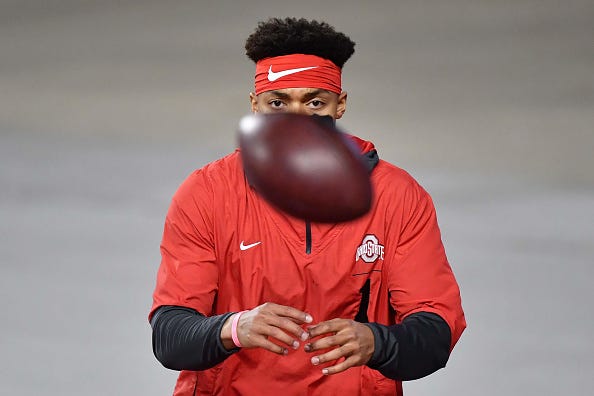 Between Gardner Minshew and Jake Luton, the Jaguars have proven capable of finding backup quarterbacks in the later rounds of the NFL Draft in recent years. This time around, it will be time for the franchise - who may very well have a new general manager and head coach - to find a prospect capable of being an elite starter. The Jaguars could still end up with the No. 1 pick and put themselves in line to take Lawrence, but there would be no shame in having the No. 2 pick and taking Fields. In his collegiate career, Fields has tossed 56 touchdowns to just three interceptions, while rushing for over 800 yards. In some classes, Fields would be considered the top quarterback prospect, so there's little doubt that whoever has the No. 2 pick should select him. 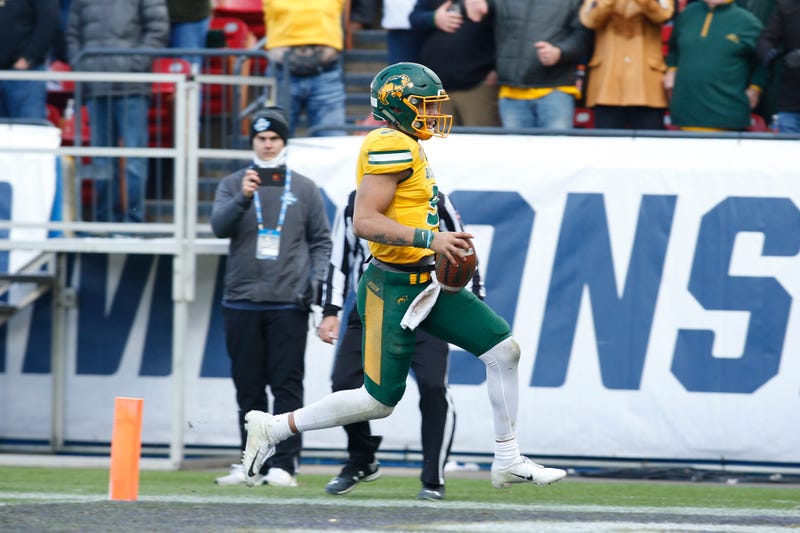 There are some who believe that another quarterback has taken the spot as the third in this class, but at least for the time being, we're sticking with Lance. The North Dakota State product didn't throw a single interception in 2019, while tossing 28 touchdowns, rushing for 1,100 yards and leading the Bison to an FCS National Championship. In his one showcase game in 2020, Lance did throw an interception, but also tossed two touchdowns and ran for 143 yards. NFL comps for Lance are all over the place, but he's dazzled and college, and Washington desperately needs a star quarterback to pair with what is a talented young defense. While they'd prefer to get in position to take Lawrence or Fields, Lance could immediately help them to compete in a disastrous division.