The scheduled Week 4 showdown between the Chiefs and Buccaneers in Tampa could reportedly be relocated to a neutral site because of the potential fallout from Hurricane Ian.

According to ESPN NFL reporter Jeff Darlington, the league is considering moving the game to somewhere in the Midwest, perhaps Minneapolis, where the Vikings' home arena, U.S. Stadium Bank, will be vacant while the Vikings take on the Saints in London.

Hurricane Ian hit Cuba early Tuesday and was projected to hit the west coast of Florida late Tuesday or early Wednesday. The hurricane was expected to be a potentially devastating Category 4 storm when it reaches the Sunshine State.

Such a powerful storm could require days if not weeks of recovery and potential rescue efforts, and the NFL doesn't want one of its games to interfere with those efforts, according to Darlington. To that end, Miami was "unlikely" to host the game, even though the city was expected to be relatively unscathed from the worst of the storm.

Thread: If the Bucs are unable to host the Chiefs on Sunday due to the impact of Hurricane Ian, the NFL is unlikely to use Miami as the new game site even though Dolphins aren’t using the stadium, per league sources. The Bucs would instead be on the move again…

On the field, the Chiefs and Bucs are both looking to rebound from their first loss of the season. Kansas City was felled by the Colts in Indianapolis, while injury-riddled Tampa Bay was knocked off by the Packers at home.

The anticipated showdown will mark a rematch of Super Bowl LV, won by the Bucs, and could be the final contest between Chiefs star Patrick Mahomes and the legendary Tom Brady. 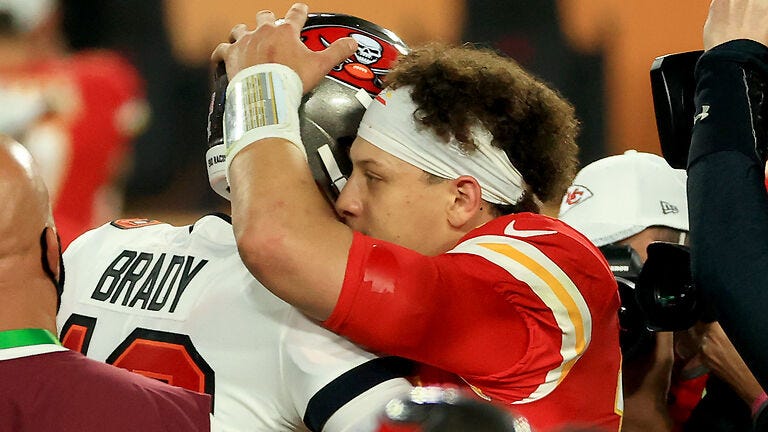