Frank Clark has made a name for himself on the football field since being drafted in the second round of the 2015 NFL Draft. He spent the first four years of his career with the Seattle Seahawks before joining the Kansas City Chiefs in 2019. But it hasn’t been an easy road for Clark.

Clark has had trouble with the law for the last decade. He was arrested in 2012 for felony home-invasion charges, again in 2014 for domestic violence, and then as recently as last summer for felony firearm possession.

The Super Bowl champion and three-time Pro Bowler is looking to put all of that behind him as he enters a new stage of his life. He cut out red meat and alcohol from his diet, which not only helped with his weight loss, but with his personal life as well.

Clark joined Audacy’s “The Crew NYC” podcast with Morris Chestnut, Josina Anderson, and Fred Smoot to talk about his personal growth, what he went through, and what's next for him.

“I wouldn’t say that it was going on to a crazy extent. I’ve never really been too big on drinking but at the end of the day, the offseason comes and it’s time to chill out,. “I’m a grown man. I like to have fun… I’m trying to drink. We in the club. At my people’s house. Family having graduations. It’s a natural thing. You trying to partake. You trying to ‘enjoy yourself,’ let down, be free,” Clark said.

“Sometimes you get carried away. Sometimes it can affect you with the law. It can affect you with your health. It can affect different aspects of your life. Family. You can lose people close to you. It affects everybody different,” he continued. “In my journey, I felt like it was affecting me personally just with personal growth. A lot of my relationships I felt like that the people who I felt I needed to be closest to, I felt like my relationship was getting more in jeopardy. Not really because I was drinking, but just because of the decision-making behind it probably wasn’t in the best place where I could’ve been. That was really my thing.”

Clark is a father of two with a third child on the way. That had a huge impact on his newfound mindset.

“I gotta be the best example I can be for these kids. They already got to grow up reading about dad on the news eventually. They’re going to see enough about that,” he said. “My main thing was wanting to be that better example for my kids and wanting to just be there in their life and have better health.”

While some of the focus has been on Clark’s improvements on the football field, getting his personal life in order was just as important for the 29 year old.

“It’s both. It’s personal for me because I hold myself to a high standard. Since I’ve been in the league, one thing about me, I don’t really speak on success. I’m not one of those guys who blow my head up or talk about extra s–t. Nobody cares about that,” he said. “But I’ve never been shy about saying what I need to do to get better, what I need to do to be a better player, be a better teammate for my teammates, be a better father. It’s just things that I need to do. I felt like last year, I sold myself short in being able to finish my job.”

Clark felt the impact of his decisions and run-ins with the law in all aspects of his life.

“I felt like I showed up to camp out of shape. I felt like I wasn’t in the best place mentally because I let a lot of things that I was going through in my personal life hold me back in my professional life. I didn’t have things in order like I wanted to have. That was the main thing and when you don’t got things in order, it’s going to affect multiple aspects of life,” he continued. “In this case, I felt like the most important, at the time, being my professional life, I felt like it was affecting immediately. I’m bringing the chaos of the summer. I’m bringing two gun cases and fighting cases from the summer. All of this different stuff I’m going through. Then you got natural stresses at home you’re going to deal with your family and stuff being in our position. It was just a lot. Had a lot of weight on my shoulders.” 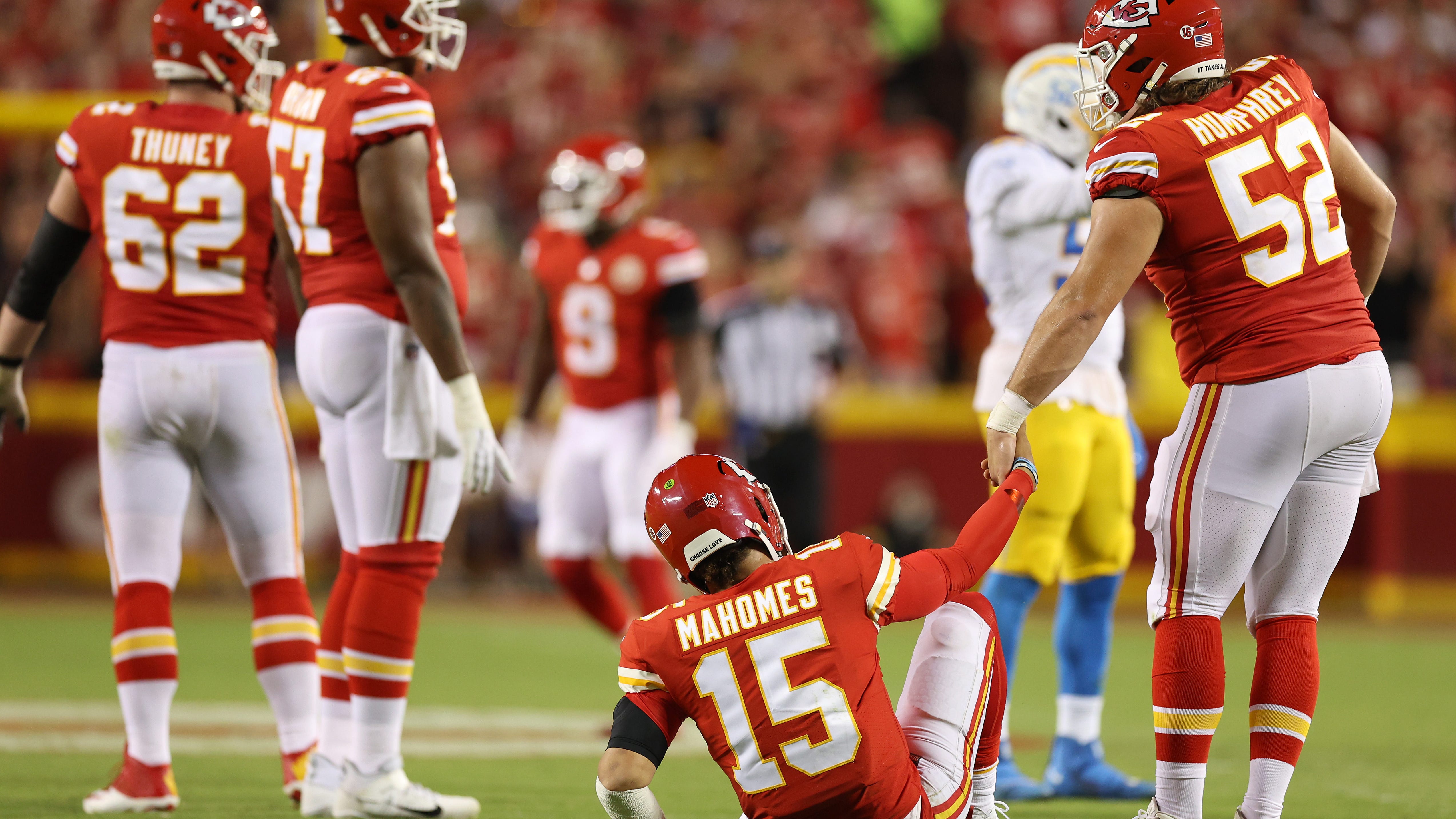 What are Chiefs' biggest question marks after win over Chargers?