Patrick Mahomes was a little skeptical when he received the play call that ultimately led to the Chiefs’ win.

With the Chiefs down 27-23 to the Chargers with 37 seconds left and the ball on Los Angeles’ 17, Mahomes hit Travis Kelce for his third touchdown of the game. Kelce dashed across the middle of the field on a crossing route, and after making the catch he evaded a pair of attempts to bring him down en route to the end zone.

It didn’t take long for people to realize it was the same game-winning play the Chiefs burned the Chargers on last season.

That was a bold move by head coach Andy Reid, one that would have invited plenty of criticism had it gone sideways. Mahomes said in his weekly appearance on “The Drive” that even he had his doubts about the play call.

“I remember coach calling it, we had been talking about it earlier in the game to maybe get into it because of the leverage they were playing their man coverage," Mahomes said. "But when coach called it in that situation in my head I was like 'Man, there’s no way we can get them again on the same play.'

“Luckily enough, we called the play at a good time, when they were in outside leverage in man coverage. (Justin Watson) did a great job of getting Derwin (James) to go underneath, and then the other guys cleared it out. Once you get it to KelCe in space, it seems like he always finds a way to get into the end zone.

“Going into the play I was like Man, there’s no way. But you see the defense out there and you’re like Man, I think we’ve got them.”

The Chiefs and Chargers completed their season series Sunday, so barring a meeting in the playoffs, that's the last opportunity Kansas City will have to burn them on that play this season. 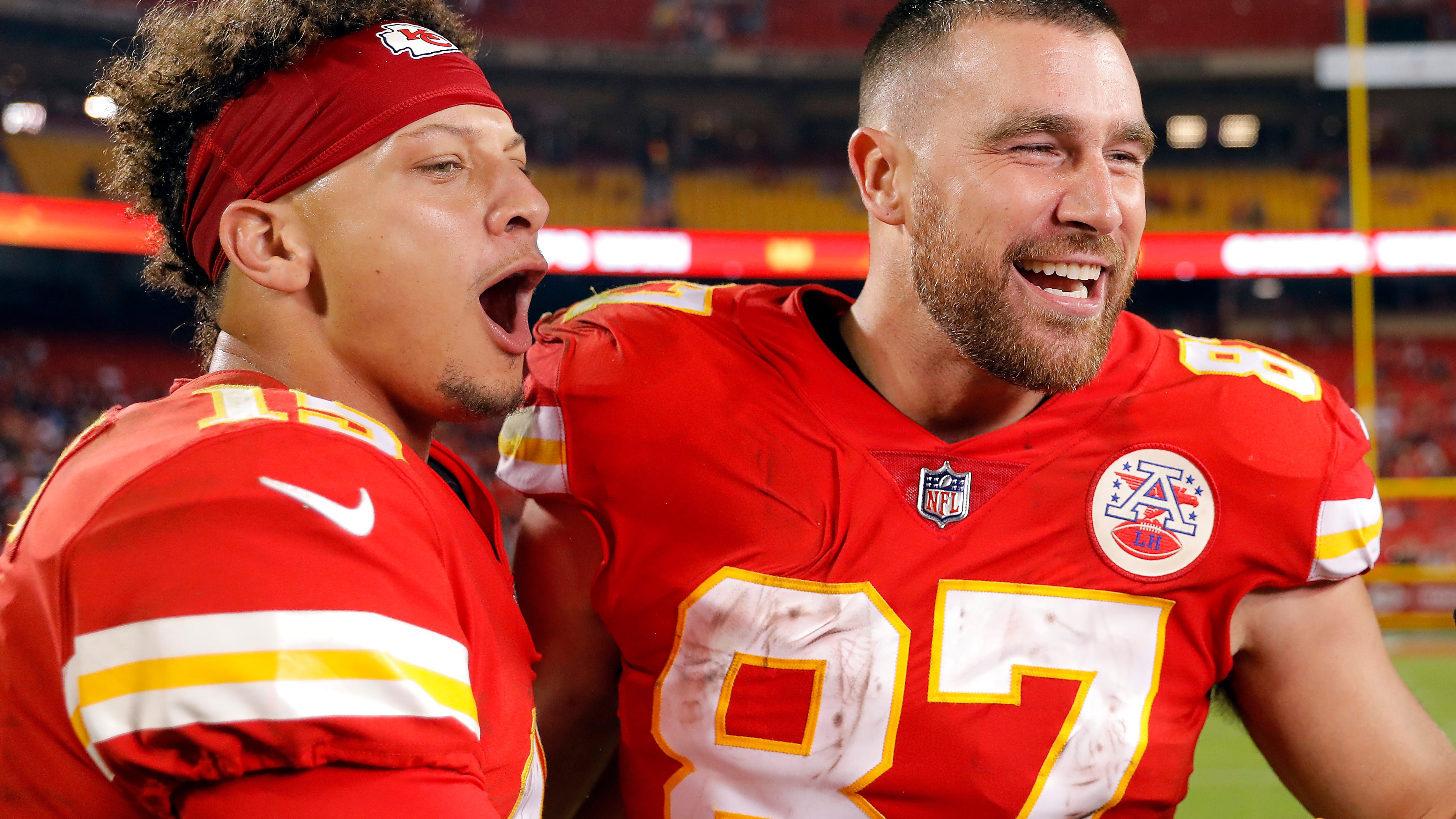