After a quiet debut in Week 9 (two catches for 12 yards in an overtime win over Tennessee), Chiefs newcomer and former first-round pick Kadarius Toney spread his wings with a dominant performance Sunday against Jacksonville, bludgeoning the Jags with 90 yards (57 receiving, 33 rushing) and a touchdown, the first of his fledgling NFL career.

While still with the Giants, the second-year receiver played sparingly, appearing in just two games before the Chiefs acquired him for a conditional third-round pick and a 2023 sixth-rounder. The Giants had claimed Toney’s lack of playing time was due to a nagging hamstring injury, a diagnosis that proved to be largely fabricated with the 23-year-old miraculously healed upon his arrival in Kansas City.

In only his fourth career game, Toney burst onto the scene with 189 receiving yards against Dallas, establishing a Giants rookie record previously held by Odell Beckham Jr. Toney could have easily gone for 200 yards if not for his ejection, leaving the field with six minutes and change to go in the fourth quarter after throwing a punch at Cowboys safety Damontae Kazee. That was Toney’s Giants tenure in a nutshell—a missed opportunity for a talented player too often undermined by his own immaturity and a coaching staff not creative enough to make proper use of him.

While the G-Men are doing just fine without him (the Giants’ 7-2 start is their best since 2008), New York’s loss is Kansas City’s gain with Toney already making a believer out of Travis Kelce, who sees star potential in his new teammate. “Ever since he’s been in the building it has been, man this dude’s smart. Man, this dude’s crazy athletic. Man, this guy has A LOT of confidence. And when you have a lot of confidence, that means you understand what’s going on out there,” Kelce relayed to his brother Jason on their weekly podcast New Heights. “Crazy athlete, unbelievable player when he gets the ball in his hands and obviously can run great routes. Happy that he got his first touchdown in the National Football League, the first of many for sure.”

travis kelce spoke on kadarius toney on the recent episode of the new heights show! i personally love that toney is loved by the new chiefs offense and like i said before, im happy too see him blossom. pic.twitter.com/xCF4f3EV71

If Toney can offer a reasonable facsimile for deep threat Tyreek Hill (now doing his bidding for the upstart Dolphins), the Chiefs could overtake Buffalo as the team to beat in a deep AFC. Kelce isn’t sure what circumstances led to Toney’s departure from East Rutherford, but boy is he thankful for it. “I don’t know how he got out of that building. I just don’t get it. I don’t get it one bit,” said Kelce, still in disbelief the Giants would willingly part with a player of Toney’s elite caliber, trading him for pennies on the dollar. “I don’t understand it, I don’t even want to understand it. I don’t even want to know what happened over there. I am just extremely happy that [GM] Brett Veach found a way yet again to get an unbelievably talented player in this building.”

Winners of three straight, the 7-2 Chiefs will look to stay hot when they visit SoFi Stadium for a date with the rival Chargers on Sunday Night Football, their second meeting this year following a Week 2 thriller that saw Patrick Mahomes overcome a 10-point second-half deficit in a 27-24 KC victory. 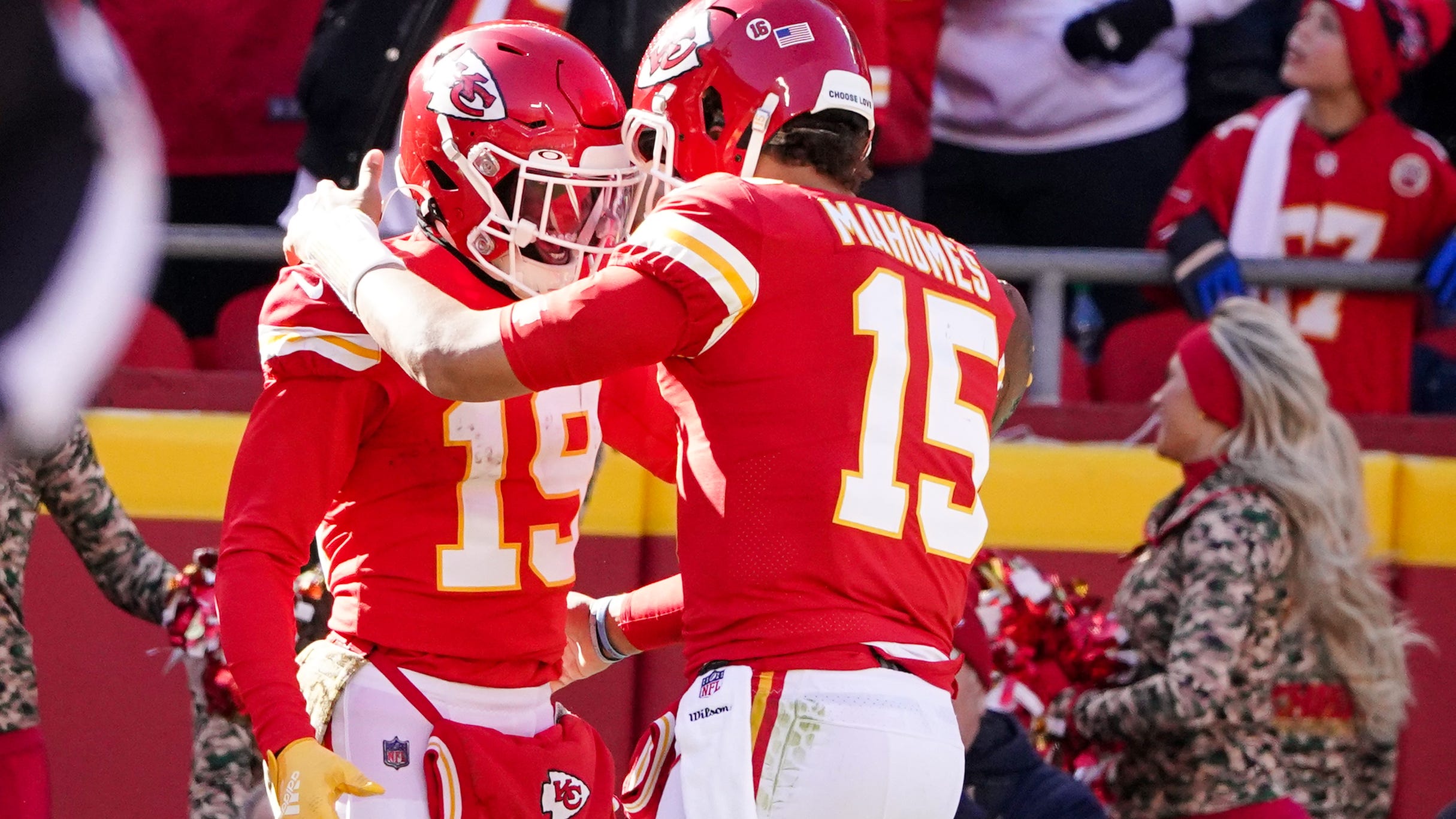