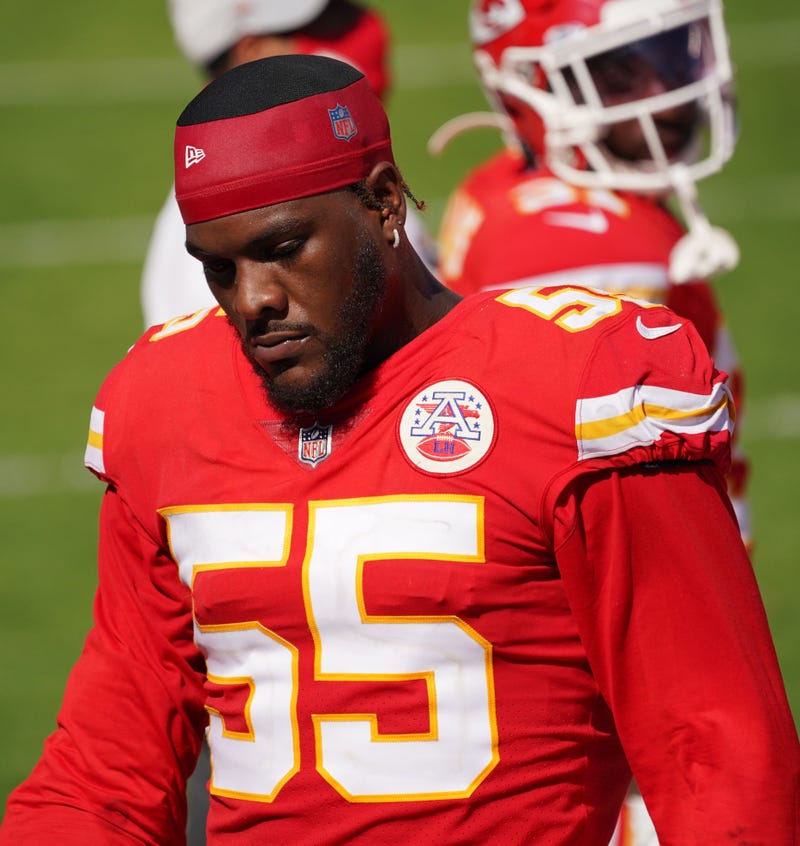 About a week ago, Chiefs defensive end Frank Clark was charged with one count of felony weapons violation, stemming from his arrest on March 13 in Los Angeles. In a separate incident, Clark was also arrested earlier this month, also in Los Angeles, when police found an automatic weapon in an unzipped bag in his car during a routine traffic stop. While that incident is still being investigated and he has yet to face any charges, it's clear that Clark is in quite a bit of legal trouble at the moment. His arraignment for the March 13th arrest was recently delayed until October 4th, which leaves Clarks' status even more up in the air. So what can we expect the next steps to look like? Audacy legal expert Amy Dash called into 610's The Drive on Thursday afternoon to explain:

"It's definitely getting to the October 4th date," Dash said. "And the reason is that even if they reach a plea agreement on this, let's not forget that there may be another charge that could be coming related to the June incident. So we haven't seen the outcome on that. But just thinking about this now-felony charge that exists for the March incident - it's got to go to October, because if they come up with a plea deal, they have to present that plea deal before the judge, and the judge has to approve that deal. So they have to wait until October.

"Now what's probably going to happen is since there's a felony charge on the table, the NFL's discipline policy says when there are criminal charges, they will usually automatically put the player on the Commissioner's Exempt list. Put him on paid leave until the whole situation resolves itself in the criminal court. Now, that policy is stricter if the charge relates to an act of violence, or sexual assault. And theoretically that's not this. But I still think there's a good chance he goes on the exempt list because there's multiple incidents that he's dealing with."

You can listen to the entire conversation in the player below: