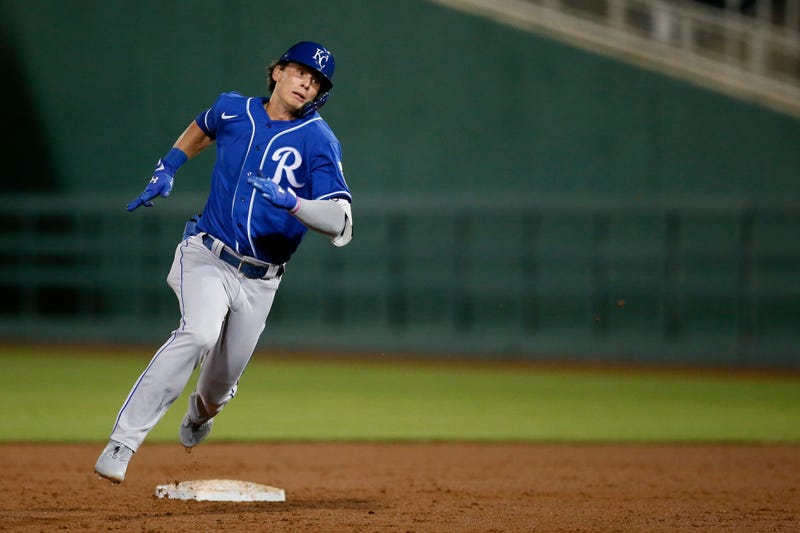 Royals prospect Bobby Witt Jr. made headlines for all the wrong reasons this week, when his monster 430 foot home run didn't count because he forgot to, you know, touch home plate.

So this goes down as a really, really long triple. pic.twitter.com/mrYKnRSnGh

Although he -- and Pat Mahomes, for that matter -- insist that he touched home, Witt ended up having to settle for the world's longest triple. On Thursday's episode of 610's Cody and Gold, Witt called in to explain what happened:

"In all honesty, I felt like I touched home plate," Witt Jr. said. "Because normally, when I come down, I jump a little bit ... I'll touch home plate with both feet. And I touched home with my right foot, more than half of my foot touched home. And then my left foot, I tried to drag it across. And when I dragged it, I guess that's where they saw ... I dragged it across there and I guess I didn't touch home, or whatever. If I really didn't touch home, honestly I would have gone back and touched the plate again. But I really thought I did."

"I was just really so confused on what happened ... I don't know what was going on."

You can listen to Witt's entire interview (starting at 27:00) in the player below: