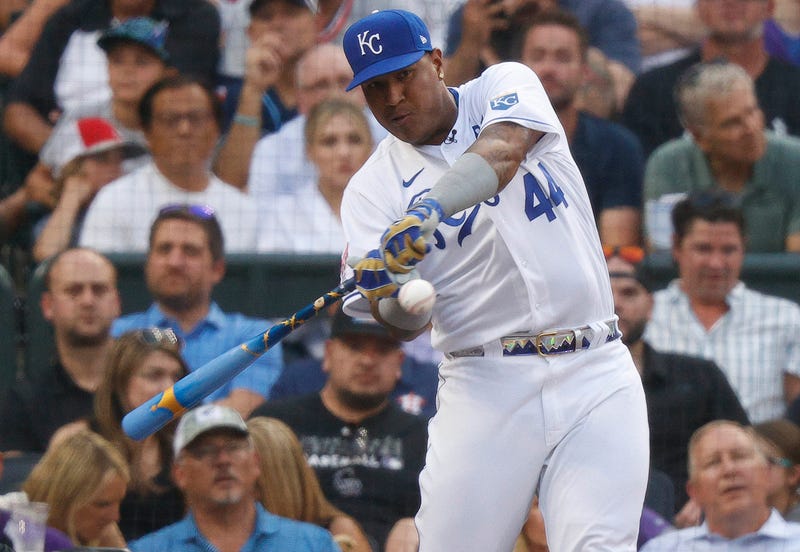 Royals fans have had a (probably somewhat fair) bone to pick with ESPN since last week's Home Run Derby. Though Perez was eliminated in the event's first round -- losing to eventual repeat-champion Pete Alonso -- he certainly went out swinging; his score (28 dingers) was the second-highest first-round total of anyone in the derby. Perez's only mistake was getting matched up against Alonso in the first round, which is, of course, not actually his mistake at all. Almost immediately, Alonso's record-breaking first round (35 dingers) overshadowed Perez's performance -- both on the field and in the broadcast booth. Kansas City wasn't super thrilled about the lack of love given to Perez, and on Monday morning's Cody and Gold, Perez's teammate Whit Merrifield expressed some of those same sentiments.

"Yeah, I didn't know that he wasn't getting any love on the broadcast, but when I heard that, I was really upset," Merrifield said. "Disappointed with ESPN and those guys for pretty much overlooking him and just talking with Alonso the whole time - which I thought was pretty messed up and pretty unprofessional. But Salvy's the man, and he took it like the pro that he is."

Merrifield would go on to say that he wasn't surprised by Perez's 28 dingers, even if the national audience was. Later on in the interview, he recaps the All Star Game festivities from last week and shares what it’s like to constantly be in the center of trade speculation. You can listen to the entire interview in the player below: