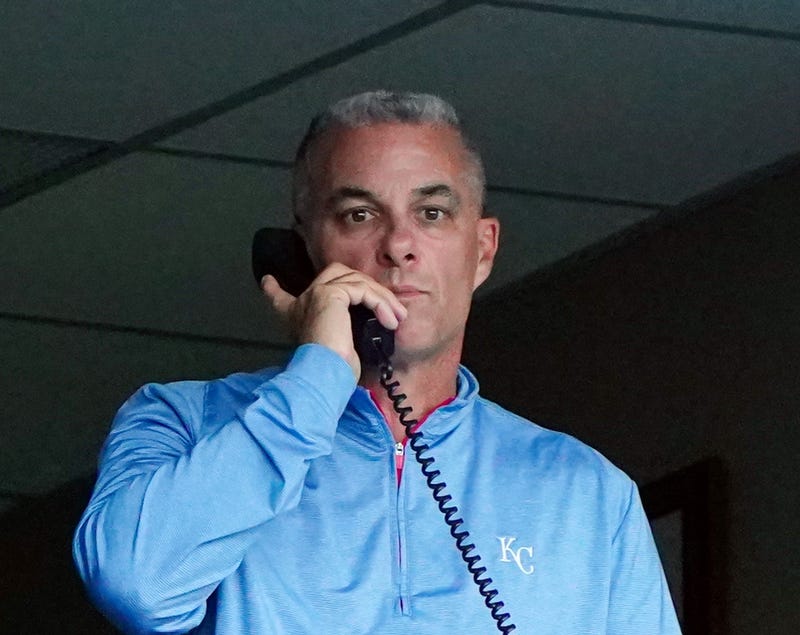 15 years ago today, the Royals hired Dayton Moore to be their general manager. And while it doesn't sound like Moore has any plans to be anywhere else any time soon, being on the job for almost two (largely successful) decades is plenty of time to form a legacy -- which Moore has certainly done. He phoned into 610's Cody and Gold to talk about all things Royals on Tuesday, including how he'd describe his legacy in Kansas City and with Royals fans:

"When our time is done here in Kansas City, I want people to believe and feel and understand and hopefully appreciate that we tried to treat people with kindness and respect," Moore said. "And we did everything we could to make the game special for families and those that love baseball in our community. That's as simple as that. We want to leave this place a lot better than we found it. I expect to be in baseball my entire life at some level. I don't know what that ultimately looks like, but right now we're just focused on being the best general manager that we can be, continuing to make our organization strong, and getting back to playing in the playoffs and competing for the World Series."

Moore was plenty informative on a number of topics during his wide-ranging interview with Cody and Gold. You can listen to the entire thing in the player below: